Reading through the ECMAScript 5.1 specification, +0 and -0 are distinguished.

The IEEE 754 standard for floating point arithmetic (presently used by most computers and programming languages that support floating point numbers) requires both +0 and −0. The zeroes can be considered as a variant of the extended real number line such that 1/−0 = −∞ and 1/+0 = +∞, division by zero is only undefined for ±0/±0 and ±∞/±∞.

The article contains further information about the different representations.

So this is the reason why, technically, both zeros have to be distinguished.

This behaviour is explicitly defined in section 11.9.6, the Strict Equality Comparison Algorithm (emphasis partly mine):

The comparison x === y, where x and y are values, produces true or false. Such a comparison is performed as follows:

It seems logically to treat +0 and -0 as equal. Otherwise we would have to take this into account in our code and I, personally, don't want to do that ;)

I'll add this as an answer because I overlooked @user113716's comment.

You can test for -0 by doing this:

I just came across an example where +0 and -0 behave very differently indeed:

Be careful: even when using Math.round on a negative number like -0.0001, it will actually be -0 and can screw up some subsequent calculations as shown above.

Quick and dirty way to fix this is to do smth like:

In the IEEE 754 standard used to represent the Number type in JavaScript, the sign is represented by a bit (a 1 indicates a negative number).

As a result, there exists both a negative and a positive value for each representable number, including 0.

Answering the original title Are +0 and -0 the same?:

brainslugs83 (in comments of answer by Spudley) pointed out an important case in which +0 and -0 in JS are not the same - implemented as function:

This will, other than the standard Math.sign return the correct sign of +0 and -0.

Integers can be stored in separate ways too. You can have a numeric value with an additional sign-bit, so in a 16 bit space, you can store a 15 bit integer value and a sign-bit. In this representation, the value 1000 (hex) and 0000 both are 0, but one of them is +0 and the other is -0.

This could be avoided by subtracting 1 from the integer value so it ranged from -1 to -2^16, but this would be inconvenient.

A more common approach is to store integers in 'two complements', but apparently ECMAscript has chosen not to. In this method numbers range from 0000 to 7FFF positive. Negative numbers start at FFFF (-1) to 8000.

Of course, the same rules apply to larger integers too, but I don't want my F to wear out. ;) 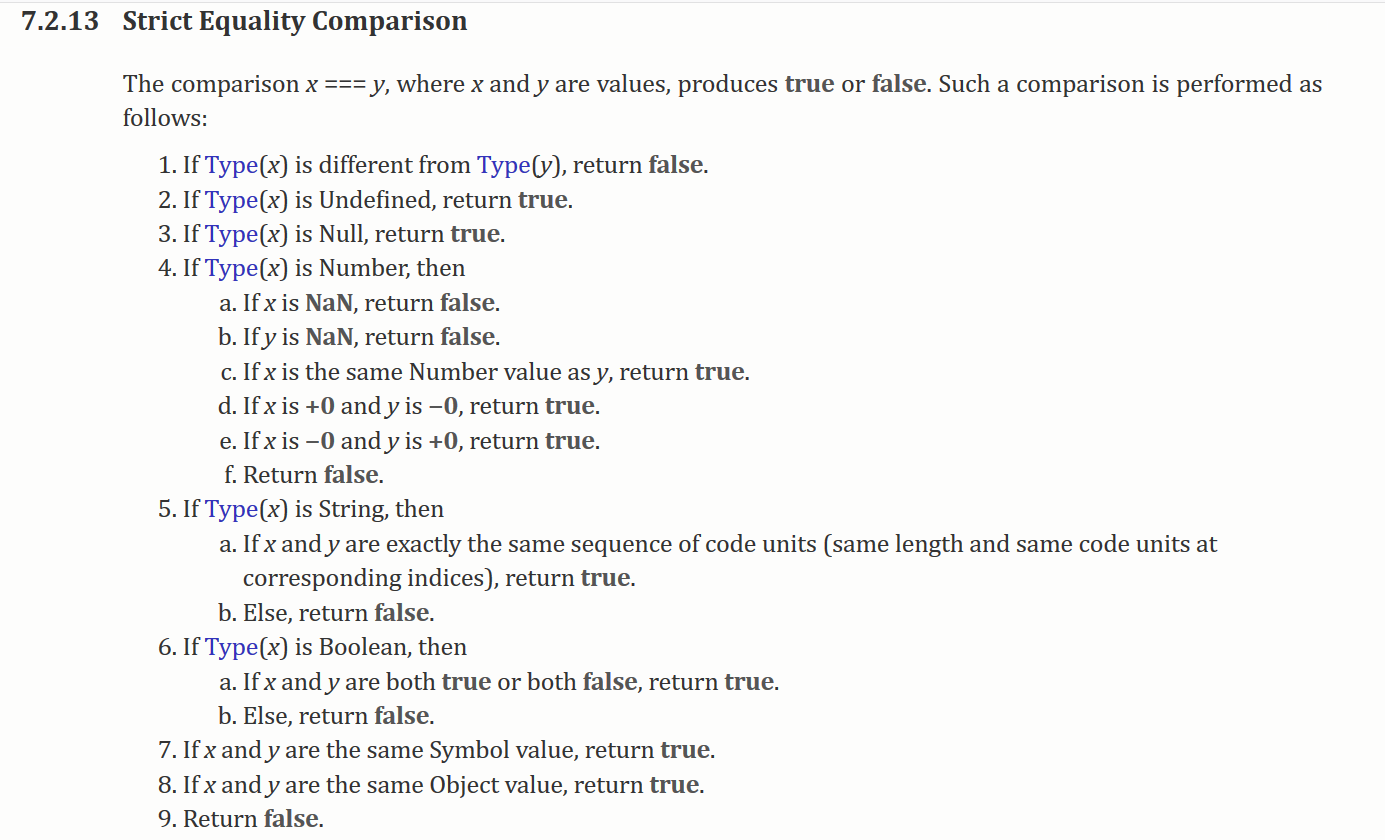 Short answer: Depending on what comparison operator you use.

As a result, just Object.is(+0, -0) makes difference with the other ones.

Wikipedia has a good article to explain this phenomenon: http://en.wikipedia.org/wiki/Signed_zero

In brief, it both +0 and -0 are defined in the IEEE floating point specifications. Both of them are technically distinct from 0 without a sign, which is an integer, but in practice they all evaluate to zero, so the distinction can be ignored for all practical purposes.

6
Is there a difference between 0 and -0 in Javascript
5
Javascript returns -0
5
Negative zero in JavaScript?
6
Why does -0 === 0 evaluate to true?
5
Why does -0 exist?
3
Differences between 0, -0 and +0
2
Why -1 * 0 = -0 in JavaScript?
-1
Why does the JavaScript documentation on MDN suggest that the language has two, signed, decimal representations of the number zero?
0
Number function is considering -0 as 0 in javascript
1
Strange behavior with negative numbers
See more linked questions