Can one Activity Diagram Depict only One process

I am Working on a project for Orders data visualization Dashboard.

This is the use case Diagram: 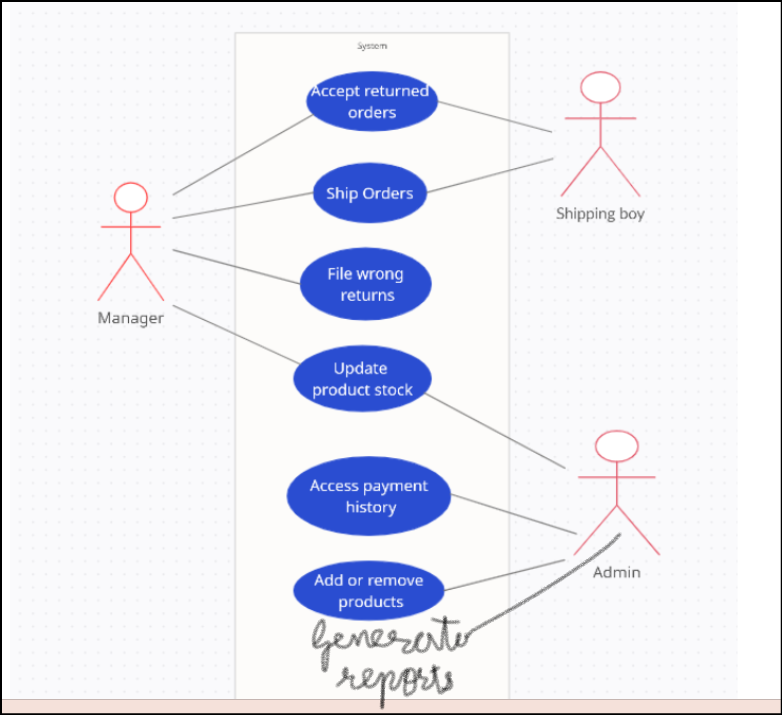 Currently I'm working on the activity diagram and my question is: Can the Manager and the Shipper login into the system and initiate their own activities in the same diagram? 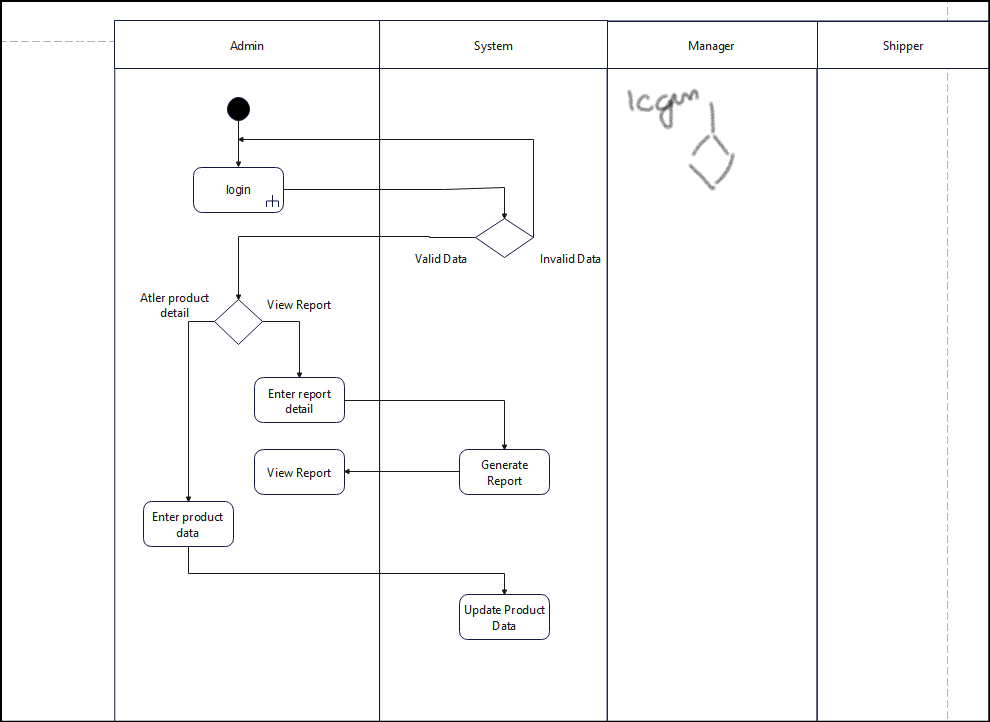 An activity diagram "specifies behavior by sequencing subordinate units". It can perfectly have several initial nodes, e.g. one for Admin and one for Manager or Shipper. And when the activity is invoked, all those initial nodes would be activated at the same time, starting each a concurrent flow, each being performed at its own pace.

But this makes only sense if the Manager's actions and the Shipper's actions are really related, concurrent and somehow synchronized. E.g. every time an Admin login is performed, a Manager login would be expected.

If the Manager flow as well as the Shipper flow are both independent and in reality unsequenced, you should use separate activity diagrams. In this case, trying to squeeze them into a single diagram could even be misleading.

Additional remarks, unrelated to your question:

Yes, they can. With each InitialNode a flow begins and the tokens run down the actions independently. Probably at a certain time you will have some synchronization between both (this is not mandatory but otherwise it would probably rather pointless to have two independent flows in the same diagram). In that case you either have a MergeNode (bar) to wait for both tokens to arrive or an action has two incoming edges waiting for both tokens in order to commence.

Not the answer you're looking for? Browse other questions tagged uml diagram use-case activity-diagram sdlc or ask your own question.