I have .NET framework assembly which is exposed to COM. Recently, since the assembly minor version number reach 10, it stopped being usable from Windows Script Host (WSH).

The TypeLib registry entry for some obscure reason uses hexadecimal notation, when storing the version number:
BUG: The Regasm Tool Registers the Type Library with the Decimal Value Instead of the Hexadecimal Value

It seems like a bug in the WSH/cscript to me. Or am I missing something?

There are two ways for that:

It works w/o effort with COM servers such as ADODB.Recordset because they are in case 1).

In the .NET case, the .NET .dll doesn't embed any TLB information so you must indicate it. So to fix it you must:

Why you don't need that when minor version is < 10 is probably a bug in scrobj.dll (which implements WSH parsing). I suspect the code 1) uses default 1.something value when nothing is specified and 2) is broken when the major or minor versions are hexa. Here is a dump of the function that does it, it uses strtoul with a 10 radix/base instead of 16: 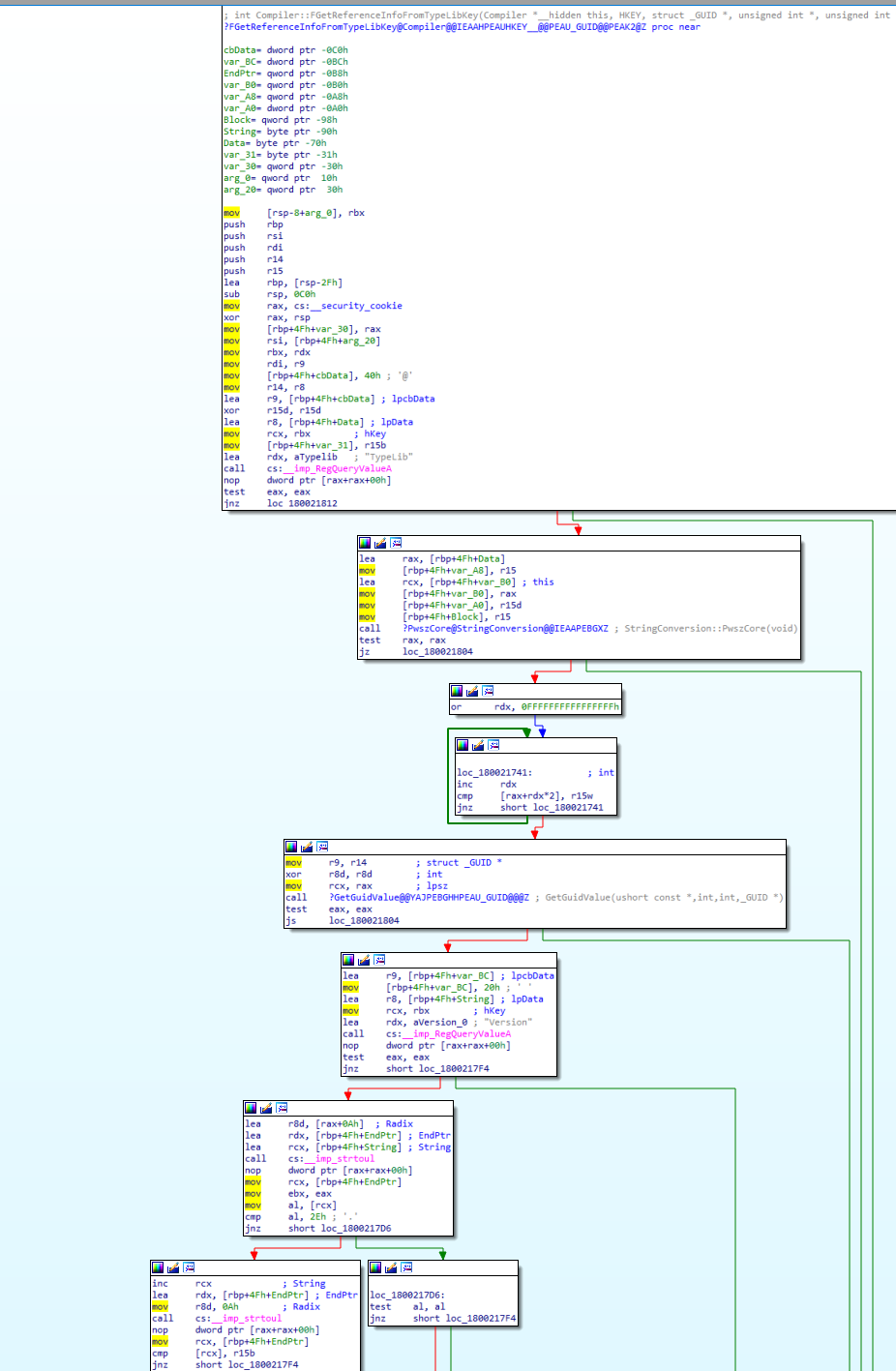 As @Simon wrote in his answer, the problem can be worked around by creating Version key.

This updated .NET C# registration code does it: