This is a follow on from the following question:

There is a detailed description of the problem over there. However, I have now managed to narrow down the problem, that seems to be with the Html.EditorFor helpers, hence the new question.

I post data to the server using $.ajax, then return the html of the partial view that holds the input controls. The problem is that, despite passing a newly created object to the Partial Views model, the various @Html.EditorFor and @Html.DropDownListFor helpers return the OLD DATA!.

I can prove that the model has correctly passed in a new object to the helpers, by printing the value out beside the Html helper. Ie:

As the following image shows, the @Html.EditorFor is returning the wrong data: 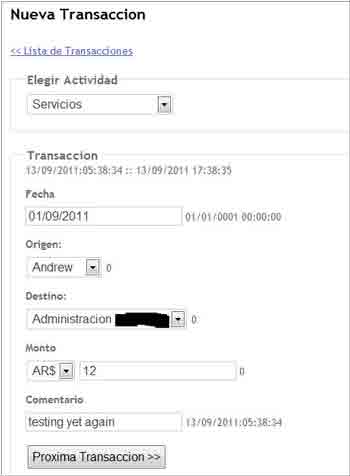 [Note that the value beside the Comentario text box is a date time, because I was testing replacing the default values with a value that would change with each post, ie, a DateTime.]

Then it renders the correct TransactionDate value for a new Transaction object, ie, DateTime.MinValue (01/01/0001...).

The problem is with the @Html.EditorFor helpers. The problem also happens with TextBoxFor and DropDownListFor.

The problem being that these helpers seem to cache the old value.

What am I doing wrong??!

I have just tried debugging in the custom Editor template for dates, and in there, ViewData.TemplateInfo.FormattedModelValue shows the correct value, ie, "01/01/0001". However, once it gets to Fiddler, the response is showing the old date, eg, "01/09/2011" in the image above.

As a result, I just think that there is some caching going on here, but I have none set up, so nothing makes any sense.

There is no caching involved here. It's just how HTML helper work. They first look at the ModelState when binding their values and then in the model. So if you intend to modify any of the POSTed values inside your controller action make sure you remove them from the model state first:

Even if you do not specify caching, it sometimes can occur. For my controllers which handle AJAX and JSON requests, I decorate them as follows:

This specifically declares no caching should occur.

Based on an answer Darin Dimitrov gave here, try adding the following line to your controller action:

i have never seen this but basically if you are using ajax to request this data, you need to set nochache: i am assuming you using jQuery.ajax here so will show the code:

just a stab in the dark, i assume you have probably already covered this already. have you tried to create a new model first and then populate that new instance of the model with your data, and then send this to your view!

Finally not sure what DB server your using but have you check to see that DB results are not cached and that you are not just requesting SQL results from the DB cache... i dont use MsSQL but i hear that it has outputCaching until something is change on the DB server itself?? anyway just a few thoughts

This was unexpected behavior for me, and although I understand the reason why it's necessary to give ModelState precedence, I needed a way to remove that entry so that the value from Model is used instead.

Here are a couple methods I came up with to assist with this. The RemoveStateFor method will take a ModelStateDictionary, a Model, and an expression for the desired property, and remove it.

HiddenForModel can be used in your View to create a hidden input field using only the value from the Model, by first removing its ModelState entry. (This could easily be expanded for the other helper extension methods).

It uses System.Web.Mvc.ExpressionHelper to get the name of the ModelState property. This is especially useful when you have "Nested" models since the key name isn't obvious.

Make sure you're not doing this:

I did this, and the model never got the value back. It worked perfectly once I remove the .Date.

Not the answer you're looking for? Browse other questions tagged asp.net-mvc-3 jquery html-helper or ask your own question.

0
My UI does not reflect changes to my Model
0
Why does the view get two different Model.Id?
132
ASP.Net MVC Html.HiddenFor with wrong value
8
MVC 3 + $.ajax - response seems to be caching output from partial view
1
Editor templates/BeginForm does not update the values after returning from action but while debugging i see the data
1
Form Values from Model Not Updating in View After Post
1
MVC 4 Editor Template for Displaying Time in HH:mm Format
2
MVC 4 FormCollection not updated on resubmit
0
ModelState has errors when loading partial view using Html.Action
-1
Displaying a collection from data in ModelState
See more linked questions