returns 1 Jan 1970. Anyone know another way to convert it correctly?

The Date constructor (click the link!) accepts the time as long in milliseconds, not seconds. You need to multiply it by 1000 and make sure that you supply it as long.

People use various precisions in tracking time as a number since an epoch. So when you obtain some numbers to be interpreted as a count since an epoch, you must determine:

In your case, as others noted, you seem to have been given seconds since the Unix epoch. But you are passing those seconds to a constructor that expects milliseconds. So the solution is to multiply by 1,000. 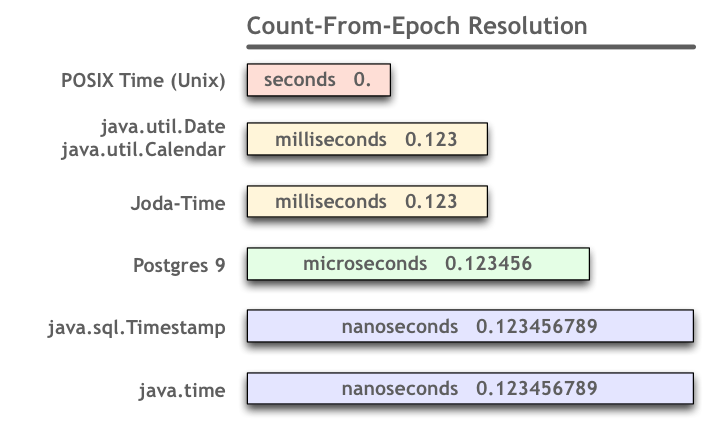 The java.util.Date and .Calendar classes bundled with Java are notoriously troublesome. Avoid them. Use instead either the Joda-Time library or the new java.time package bundled in Java 8 (and inspired by Joda-Time).

Note that unlike j.u.Date, a DateTime in Joda-Time truly knows its own assigned time zone. So in the example Joda-Time 2.4 code seen below, note that we first parse the milliseconds using the default assumption of UTC. Then, secondly, we assign a time zone of Paris to adjust. Same moment in the timeline of the Universe, but different wall-clock time. For demonstration, we adjust again, to UTC. Almost always better to explicitly specify your desired/expected time zone rather than rely on an implicit default (often the cause of trouble in date-time work).

We need milliseconds to construct a DateTime. So take your input of seconds, and multiply by a thousand. Note that the result must be a 64-bit long as we would overflow a 32-bit int.

Feed that count of milliseconds to constructor. That particular constructor assumes the count is from the Unix epoch of 1970. So adjust time zone as desired, after construction.

Use proper time zone names, a combination of continent and city/region. Never use 3 or 4 letter codes such as EST as they are neither standardized not unique.

Dump to console. Note how the date is different in Montréal, as the new day has begun in Europe but not yet in America.

The makers of Joda-Time have asked us to migrate to its replacement, the java.time framework as soon as is convenient. While Joda-Time continues to be actively supported, all future development will be done on the java.time classes and their extensions in the ThreeTen-Extra project.

The java-time framework is defined by JSR 310 and built into Java 8 and later. The java.time classes have been back-ported to Java 6 & 7 on the ThreeTen-Backport project and to Android in the ThreeTenABP project.

An Instant is a moment on the timeline in UTC with a resolution of nanoseconds. Its epoch is the first moment of 1970 in UTC.

Better yet, if known, apply a time zone ZoneId to get a ZonedDateTime. 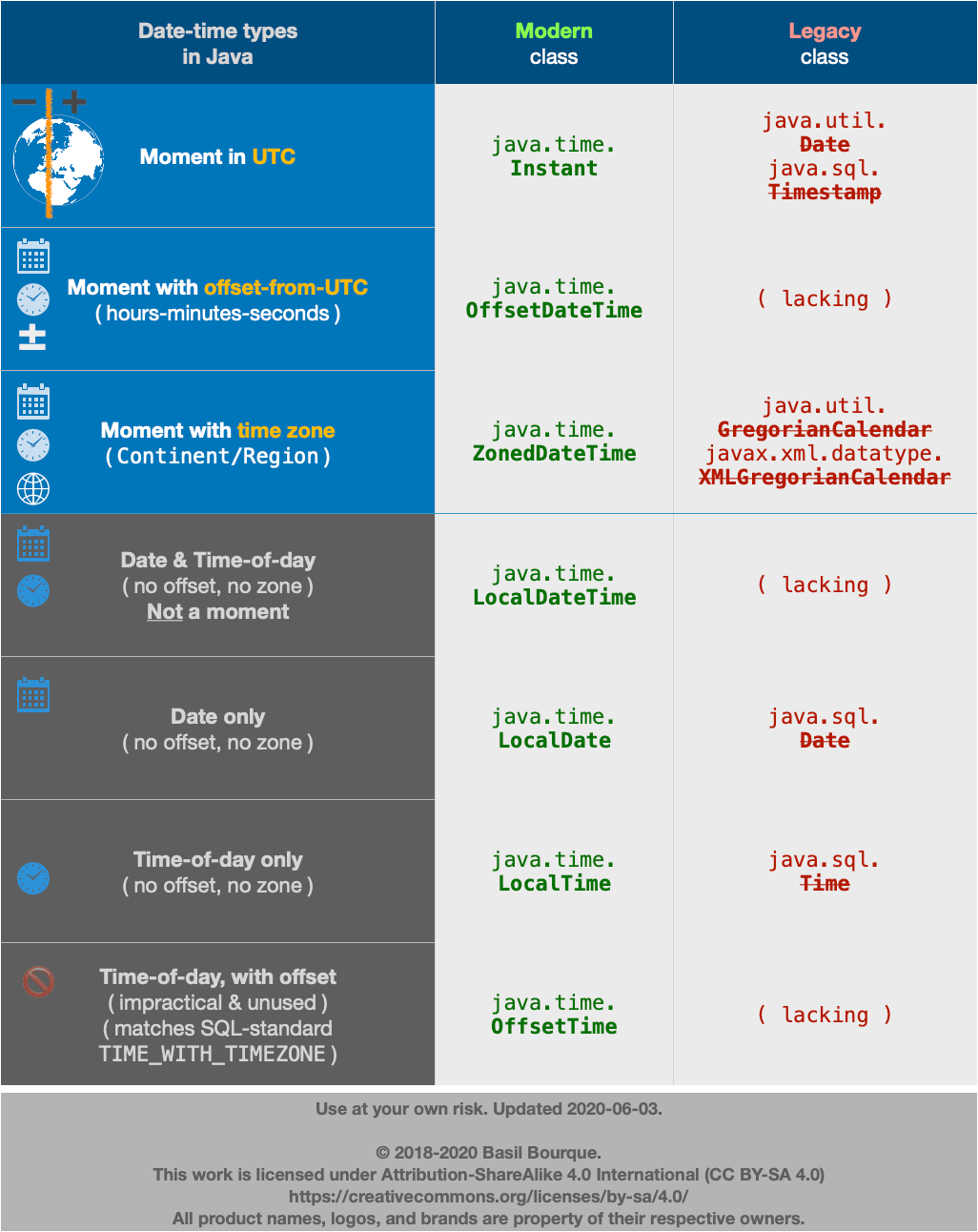 It looks like your longs are seconds, and not milliseconds. Date constructor takes time as millis, so

Only set the time in mills on Calendar object

Those are probably timestamps in seconds and not in milliseconds which is required for the java new Date(long) constructor. Just multiply them by 1000 and you should be allright.

The long values, most likely, correspond to Epoch timestamps, and the values are:

One can convert these long values to java.util.Date, taking into account the fact java.util.Date uses millisecs – as previously hinted, but with some flaw - like this:

Now, to display the date correctly, one can use java.text.DateFormat as illustrated hereafter:

Below are the results of displaying the converted long value to java.util.Date without using and using the DateFormat:

Try this with adjusting the date format.

New Date(number) returns a date that's number milliseconds after 1 Jan 1970. Odds are you date format isn't showing hours, minutes, and seconds for you to see that it's just a little bit after 1 Jan 1970.

You need to parse the date according to the correct parsing routing. I don't know what a 1220227200 is, but if it's seconds after 1 JAN 1970, then multiply it to yield milliseconds. If it is not, then convert it in some manner to milliseconds after 1970 (if you want to continue to use java.util.Date).

Works for me. You probably want to multiplz it with 1000, since what you get are the seconds from 1970 and you have to pass the milliseconds from jan 1 1970

Not the answer you're looking for? Browse other questions tagged java date long-integer or ask your own question.

2
Weird output after formatting the time in milliseconds
0
How to convert python time to java date
5
How to Convert Telegram Api Core date:int type into Java Date?
0
How to convert long value into current time
0
java convert sql integer time into java.util.Date
8
Serializing Date in Java
3
Java - long time to ISO_8601 string format
0
Issue Converting seconds to HH:MM:SS java
0
How is a date value represented as a long integer translated into a meaningful date?
-2
How to get the current month from Date
See more linked questions

6938
Is Java “pass-by-reference” or “pass-by-value”?
1879
How to return only the Date from a SQL Server DateTime datatype
4266
How do I read / convert an InputStream into a String in Java?
3677
How do I generate random integers within a specific range in Java?
2164
Compare two dates with JavaScript
2509
How do I get the current date in JavaScript?
299
How to convert / cast long to String?
2552
How to format a JavaScript date
3164
How do I convert a String to an int in Java?
3377
How can I create a memory leak in Java?