In JavaScript, why is "0" equal to false, but when tested by 'if' it is not false by itself?

The following shows that "0" is false in Javascript:

So why does the following print "ha"? 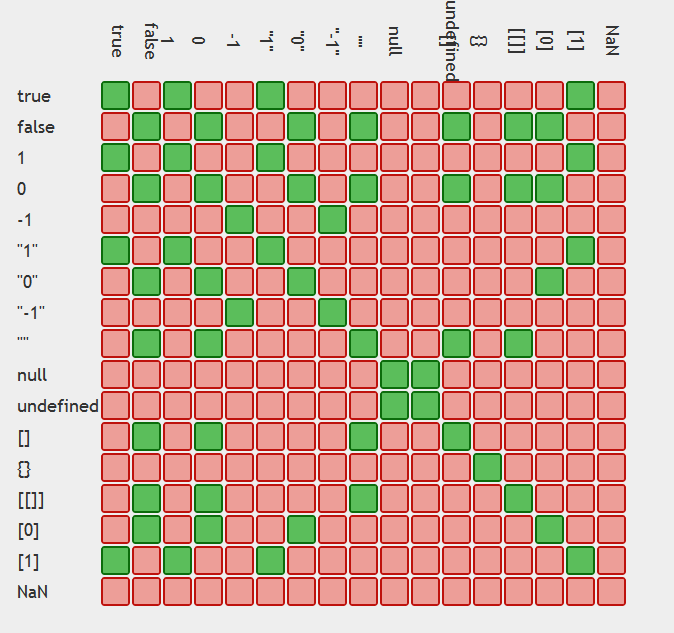 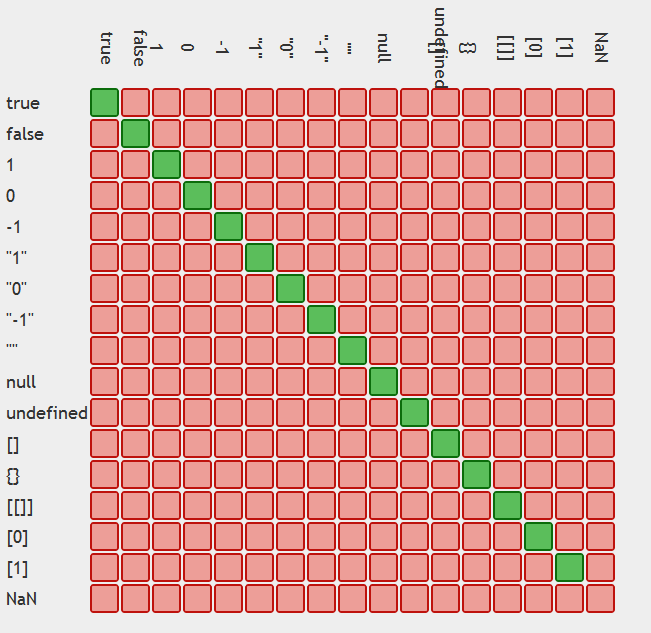 The reason is because when you explicitly do "0" == false, both sides are being converted to numbers, and then the comparison is performed.

It's according to spec.

ToBoolean, according to the spec, is

The abstract operation ToBoolean converts its argument to a value of type Boolean according to Table 11:

And that table says this about strings:

The result is false if the argument is the empty String (its length is zero); otherwise the result is true

Now, to explain why "0" == false you should read the equality operator, which states it gets its value from the abstract operation GetValue(lref) matches the same for the right-side.

Which describes this relevant part as:

Or in other words, a string has a primitive base, which calls back the internal get method and ends up looking false.

It's PHP where the string "0" is falsy (false-when-used-in-boolean-context). In JavaScript, all non-empty strings are truthy.

The trick is that == against a boolean doesn't evaluate in a boolean context, it converts to number, and in the case of strings that's done by parsing as decimal. So you get Number 0 instead of the truthiness boolean true.

This is a really poor bit of language design and it's one of the reasons we try not to use the unfortunate == operator. Use === instead.

Your quotes around the 0 make it a string, which is evaluated as true.

Remove the quotes and it should work.

will be coerced to true in boolean contexts.

There are other truthy values in Javascript which will be coerced to true in boolean contexts, and thus execute the if block are:-

This is the reason why you should whenever possible use strict equality === or strict inequality !==

true because this only checks value, not the data type

The "if" expression tests for truthiness, while the double-equal tests for type-independent equivalency. A string is always truthy, as others here have pointed out. If the double-equal were testing both of its operands for truthiness and then comparing the results, then you'd get the outcome you were intuitively assuming, i.e. ("0" == true) === true. As Doug Crockford says in his excellent JavaScript: the Good Parts, "the rules by which [== coerces the types of its operands] are complicated and unmemorable.... The lack of transitivity is alarming." It suffices to say that one of the operands is type-coerced to match the other, and that "0" ends up being interpreted as a numeric zero, which is in turn equivalent to false when coerced to boolean (or false is equivalent to zero when coerced to a number).

I have same issue, I found a working solution as below:

for id type with possible value 0, we can not use if (id) {}, because if (0) will means false, invalid, which we want it means valid as true id number.

So for id type, we must use following:

for other string type, we can use if (string) {}, because null, undefined, empty string all will evaluate at false, which is correct.

When you use "if", it will be "false" in the following case:

I came here from search looking for a solution to evaluating "0" as a boolean. The technicalities are explained above so I won't go into it but I found a quick type cast solves it.

So if anyone else like me is looking to evaluate a string 1 or 0 as boolean much like PHP. Then you could do some of the above or you could use parseInt() like:

7621
How do JavaScript closures work?
4372
Which "href" value should I use for JavaScript links, "#" or "javascript:void(0)"?
3353
How can I convert a string to boolean in JavaScript?
7528
var functionName = function() {} vs function functionName() {}
3497
How do I loop through or enumerate a JavaScript object?
4006
What is the !! (not not) operator in JavaScript?
3326
Creating multiline strings in JavaScript
3467
What is the JavaScript version of sleep()?
8350
What does "use strict" do in JavaScript, and what is the reasoning behind it?
3169
Why does my JavaScript code receive a "No 'Access-Control-Allow-Origin' header is present on the requested resource" error, while Postman does not?