The idea is to make a SeekBar that looks like the ones in this image:

I wish to have the thumb image fit perfectly into the rounded bar when the progress value is set at 0 or 100 (out of 100).

In order to position the thumb correctly (i.e. not overlap the ends of the bar) I have set the paddingLeft & paddingRight values to exactly half the width of the thumb width (Android: Seekbar doesn't scroll all the way to end).

In Android 2.2 this produces a different effect:

After further investigation (and trying this with a totally default SeekBar I have found that the position of the thumb image has changed from 2.1 to 2.2. My hack of changing the paddingLeft & paddingRight is not the issue.

I think I need to make a custom java class to handle this type of thing. In this question (Possible to do rounded corners in custom Progressbar progressDrawable?), the developer uses a ClipDrawable in order to make a normal progress bar.

What type of drawable object would I use, and how, in order to correctly position my thumb?

At run-time. Not from XML!

Solved problem for me.

The behaviour of thumbOffset parameter has changed between these 2 versions. ThumbOffset determines the actual offset of the thumb image, compared to the position parameter provided.

I have tried this and it was working perfectly with 2.1 and 2.2.

In your case,try adjusting maxWidth,max and progress like i did and try removing paddings. It might help you in solving the problem. 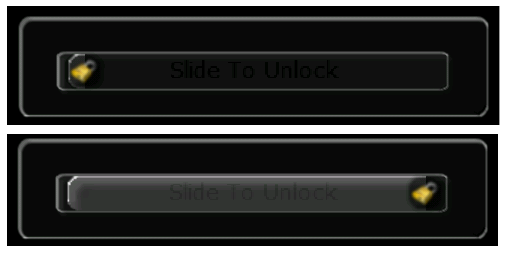 finally found the answer, the case here is that you must use android:thumbOffset, but android:thumbOffset is NOT a setter for the thumb place along with the progress bar, but, it's the thumb length from it's beginning to it's center point so that the seekbar can adjust the thumb's center point at it's beginning point. So, if we have a thumb image with a width of 50, the thumbOffset has to be 25 (50/2), so that the seekbar will adjust the zero value at the pixel 25 of the thumb which will make the thumb appears to be exactly at the middle.

Not the answer you're looking for? Browse other questions tagged android seekbar or ask your own question.

12
How to customize the look of a SeekBar in Android?
5
Android: Seekbar doesn't scroll all the way to end
5
Possible to do rounded corners in custom Progressbar progressDrawable?
1
How to create custom layout for seekbar in android?