How can I change the language (to english) in Oracle SQL Developer?

I am running a non-english Windows 7 system, and apparently Oracle SQL Developer (version 3.0.04.34, 64-bit) tries to auto-guess my preferred language based on the OS. Is there any way to change the language to english?

to file ide.conf in directory

within the SQL Developer installation directory, as suggested, but that didn't help.

I decided to try again the solution proposed by Alex K. and this time it worked, namely adding

to the file sqldeveloper.conf file located in sqldeveloper\bin\ folder. I presume that it did work now but not before, because meanwhile I have changed my UAC (user access control) settings in Windows 7 so that I am administrator by default. What happened before was probably that even though the changes appeared to be there, the configuration file read by the program was another one (shadow copy).

and add the line

To switch off language try to remove its support by editing oracle.translated.locales option in ide.boot file (located in ide\bin folder).
For example, if I want to 'break' french language support this option will be:

The original value was:

The configuration above (sqldeveloper.conf file) will be wrong after remove french support and the french language does not appear as GUI localization.

You can also set language at runtime

to avoid editing sqldeveloper.conf every time you install new version.

You can also configure directly on the file ..sqldeveloper\ide\bin\ide.conf: 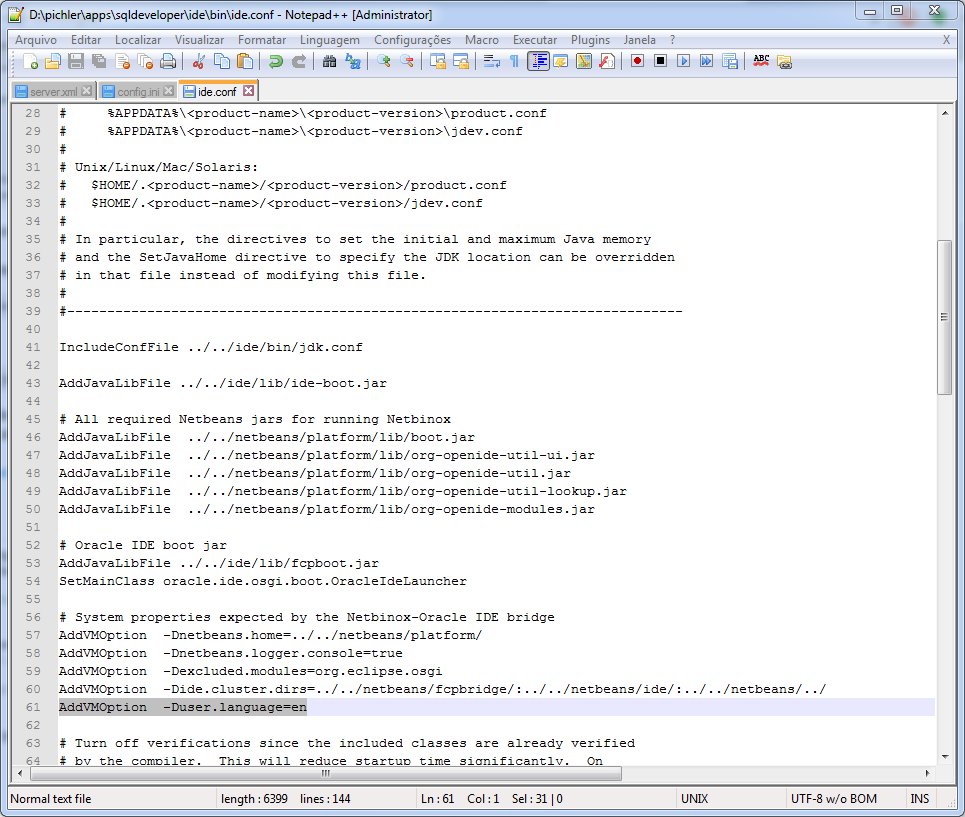 Or use the menu: Tools->Preferences->Database->NLS and change language and territory. 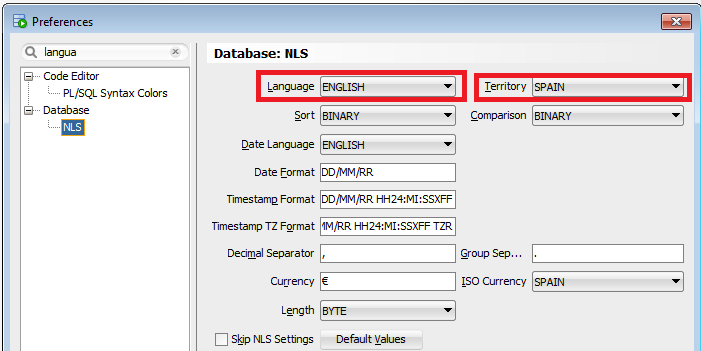 Before installation use the Control Panel Region and Language Preferences tool to change everything (Format, Keyboard default input, language for non Unicode programs) to English. Revert to the original selections after the installation.

on the last line add

Save the file and restart.

If you are using standalone Oracle Data Modeller

and edit this file

Add somewhere in the last

save and restart, done!

Not the answer you're looking for? Browse other questions tagged configuration oracle-sqldeveloper or ask your own question.