What kind of Garbage Collection does Go use?

Go is a garbage collected language:

Here it says that it's a mark-and-sweep garbage collector, but it doesn't delve into details, and a replacement is in the works... yet, this paragraph seems not to have been updated much since Go was released.

It's still mark-and-sweep? Is it conservative or precise? Is it generational?

Replacing the GC with a different one is controversial, for example:

The next Go 1.5 concurrent Garbage Collector involve being able to "pace" said gc.
Here is a proposal presented in this paper which might make it for Go 1.5, but also helps understand the gc in Go.

You can see the state before 1.5 (Stop The World: STW)

Prior to Go 1.5, Go has used a parallel stop-the-world (STW) collector.
While STW collection has many downsides, it does at least have predictable and controllable heap growth behavior. 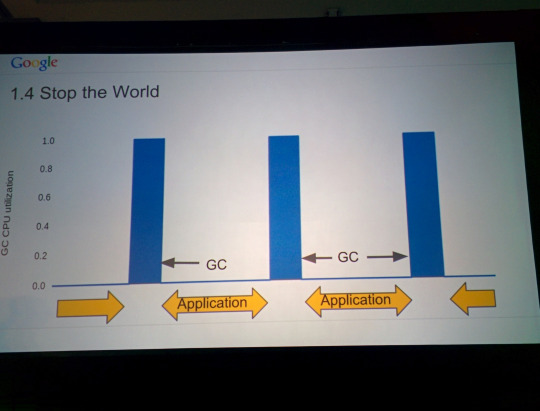 The sole tuning knob for the STW collector was “GOGC”, the relative heap growth between collections. The default setting, 100%, triggered garbage collection every time the heap size doubled over the live heap size as of the previous collection:

GC timing in the STW collector.

Go 1.5 introduces a concurrent collector.
This has many advantages over STW collection, but it makes heap growth harder to control because the application can allocate memory while the garbage collector is running. 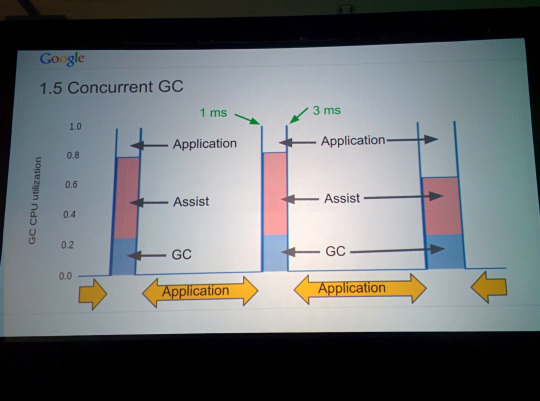 To achieve the same heap growth limit the runtime must start garbage collection earlier, but how much earlier depends on many variables, many of which cannot be predicted. 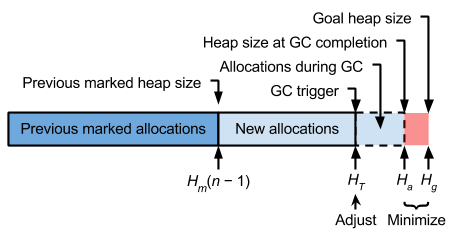 The design of GC pacing consists of four components:

The relationship between heap time and wall time depends on the allocation rate and can change constantly.
Mutator assists manage the passage of heap time, ensuring the estimated scan work has been completed by the time the heap reaches the goal size.
Finally, the trigger controller creates a feedback loop that ties these two views of time together, optimizing for both heap time and CPU time goals.

This is the implementation of the GC:

From the docs in the source:

The GC runs concurrently with mutator threads, is type accurate (aka precise), allows multiple GC thread to run in parallel. It is a concurrent mark and sweep that uses a write barrier. It is non-generational and non-compacting. Allocation is done using size segregated per P allocation areas to minimize fragmentation while eliminating locks in the common case.

As of Go 1.7, the one remaining source of unbounded and potentially non-trivial stop-the-world (STW) time is stack re-scanning.

Preliminary experiments show that this can reduce worst-case STW time to under 50µs, and this approach may make it practical to eliminate STW mark termination altogether.

The announcement is here and you can see the relevant source commit is d70b0fe and earlier.

I'm not sure, but I think the current (tip) GC is already a parallel one or at least it's a WIP. Thus the stop-the-world property doesn't apply any more or will not in the near future. Perhaps someone other can clarify this in more detail.

Not the answer you're looking for? Browse other questions tagged garbage-collection go or ask your own question.

19
Why Go can lower GC pauses to sub 1ms and JVM has not?
18
How fast is the go 1.5 gc with terabytes of RAM?
12
What are "safe point functions" as alluded to in the Go source code?
0
Allocated a lot of memory in Go. How to fix?
2
Why does my Go program's memory fluctuate so much?
1
Who does the garbage collection work in go?
-1
what would cause code blocking in go?