The default assembly syntax file didn't work well and searching the web about gas assembly I found nothing about a gas (AT&T) syntax file for vim. Has anyone found this? I can't write my own syntax file.

This may get you started. Is that more like what you're looking for?

Just had a quick search - it looks like there are a few different sorts of assembly syntax highlighting built in. Which one are you using?

This additional syntax script is from vim.org

It looks like your screenshot is using the default asm filetype. Try

and you should get some colour changes as per these screenshots. 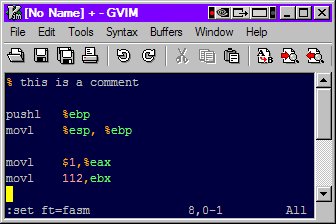 From your screenshots above I've made a couple of quick modifications to the fasm vim syntax and called it gasm. It can be found here on pastebin.

Copy and paste that into your personal .vim/syntax or vimfiles/syntax directory and call it gasm.vim Then in your assembly file :set ft=gasm

This vim script relies on comments being of the form % comment with the space included. You can see this (or change it if you wish) on line 116 of the script.

I started to write a complete GNU as syntax from scratch.

In addition to the basic instructions it will recognize the following extended Intel / AMD instructions: 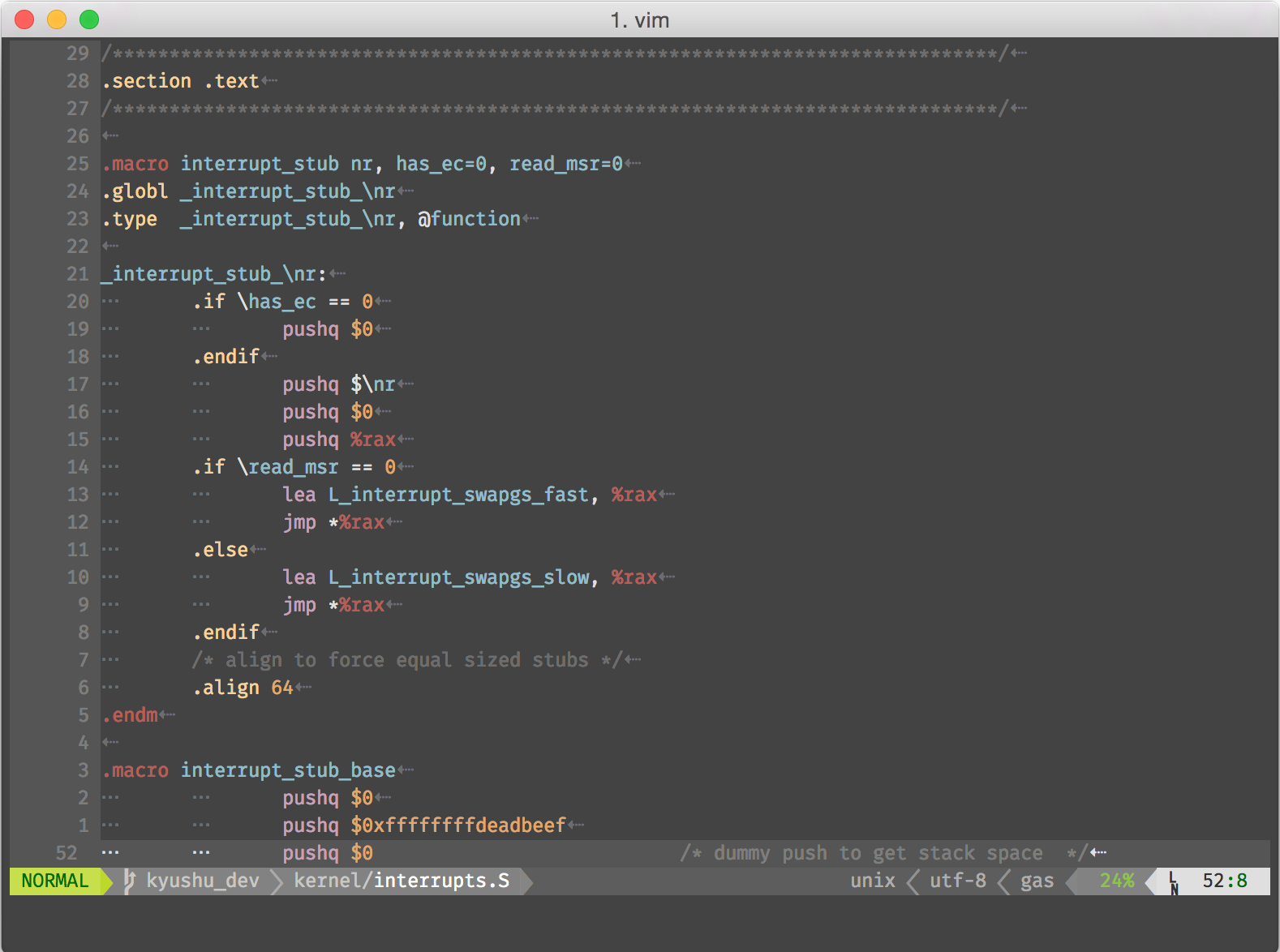 Putting this line in your .vimrc will set you up with the intel syntax whenever you open an .asm file :

Vim/Nvim if unable to detect specific filetype can be told what it is with an actual macro in the file itself instead of having to run the :set ft=nasm command each time you open the file.

To do this, figure out what the comment syntax of the file type is and add a line like this to the end of your file: (e.g. for NASM)

This image shows the syntax highlighting in action as well as how the file looks with the line added. 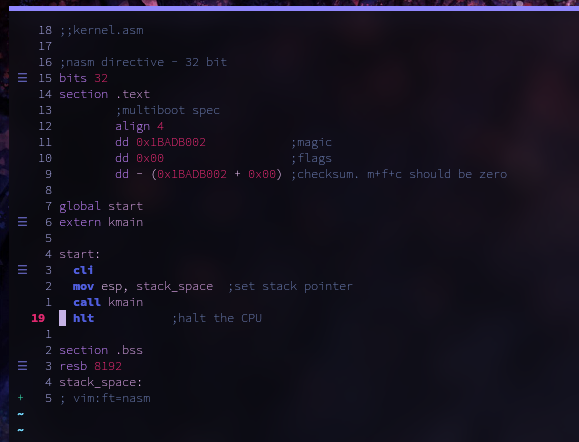 1196
How to effectively work with multiple files in Vim
2298
How to replace a character by a newline in Vim
1877
How to duplicate a whole line in Vim?
2234
Vim clear last search highlighting
1124
What is your most productive shortcut with Vim?
1436
What's a quick way to comment/uncomment lines in Vim?
1918
How to do case insensitive search in Vim
1427
Turning off auto indent when pasting text into vim
1647
How does the vim "write with sudo" trick work?
4857
How do I exit Vim?