How can I check if a list has any duplicates and return a new list without duplicates?

To make a new list retaining the order of first elements of duplicates in L: 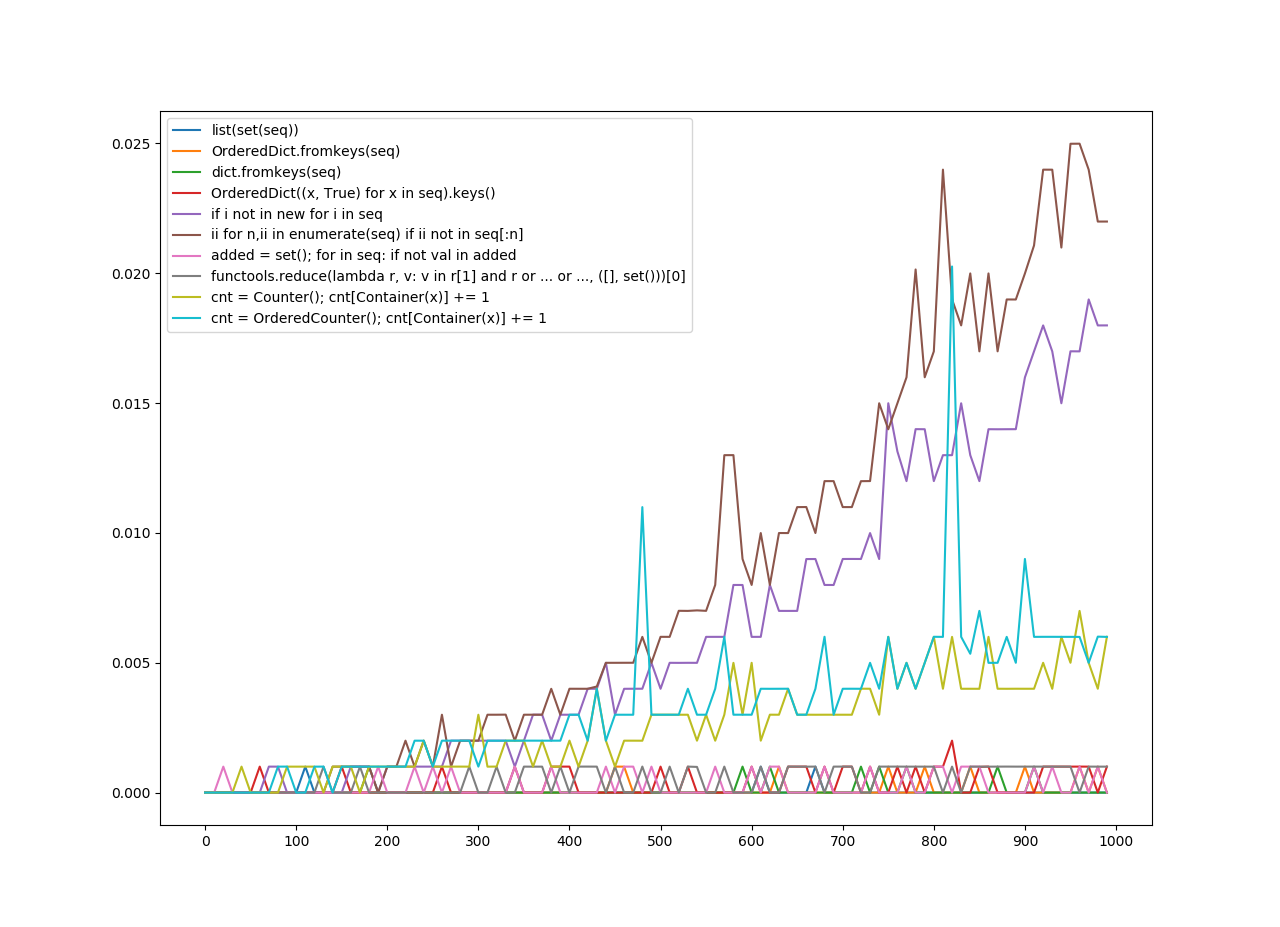 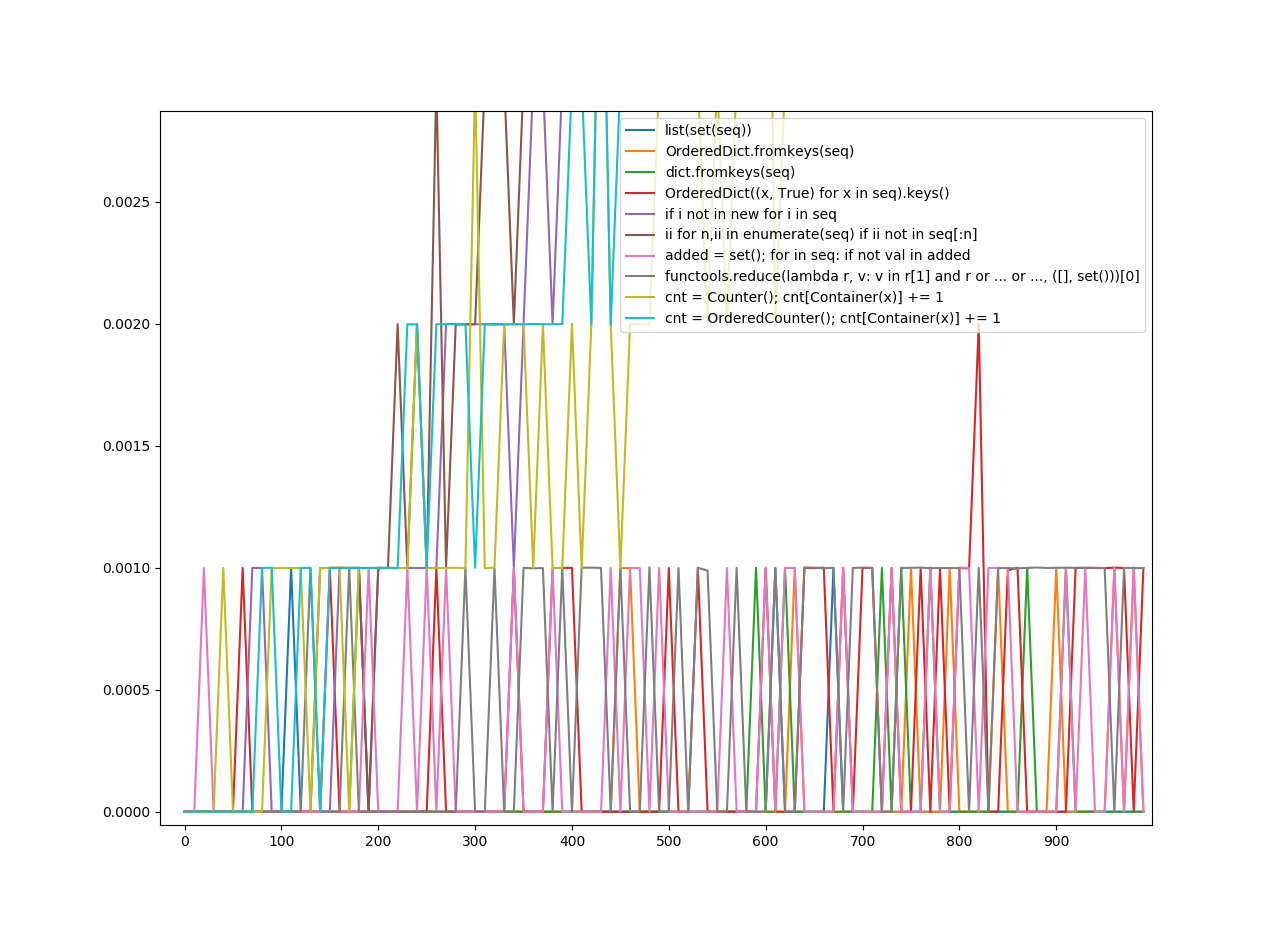 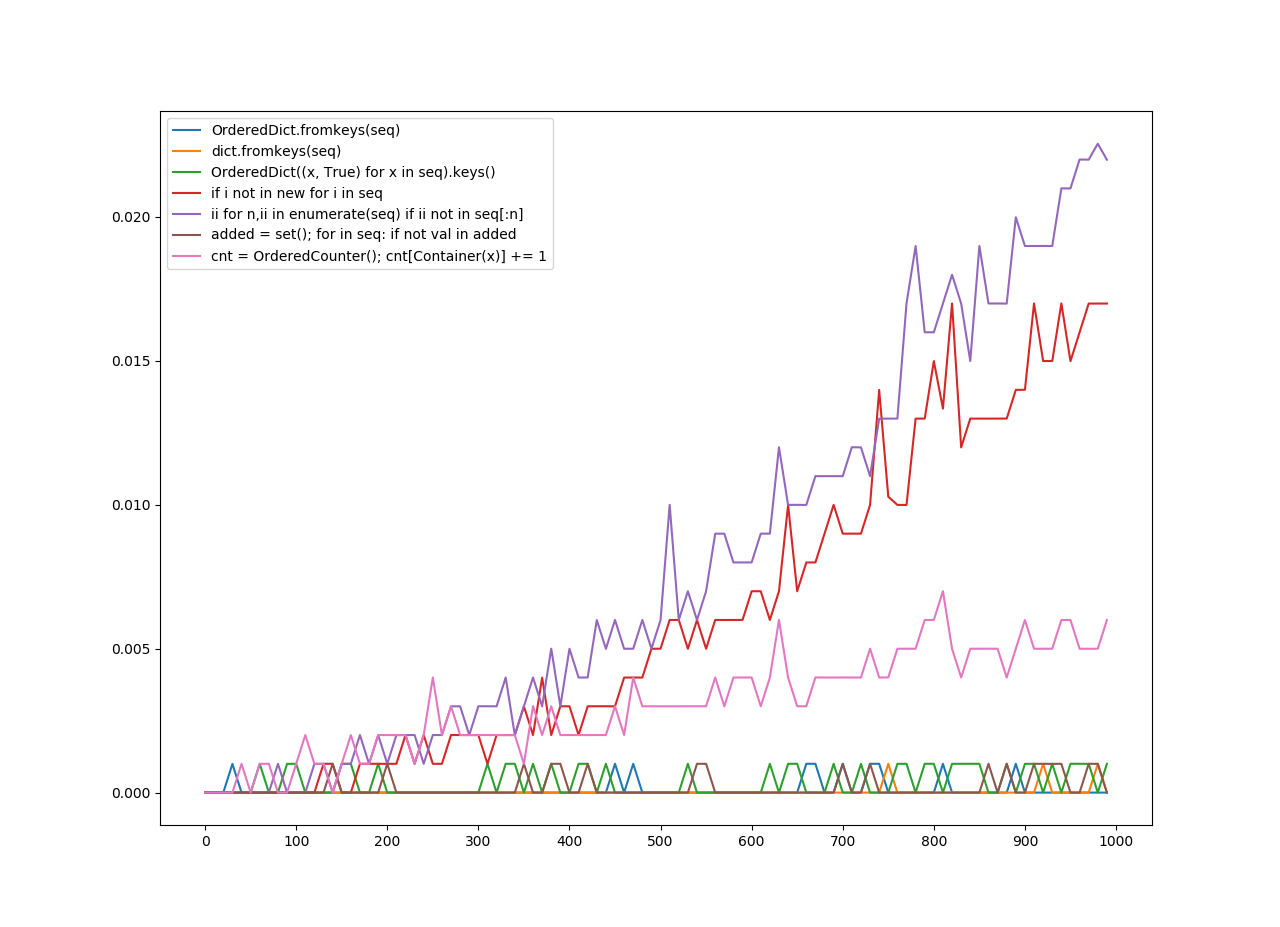 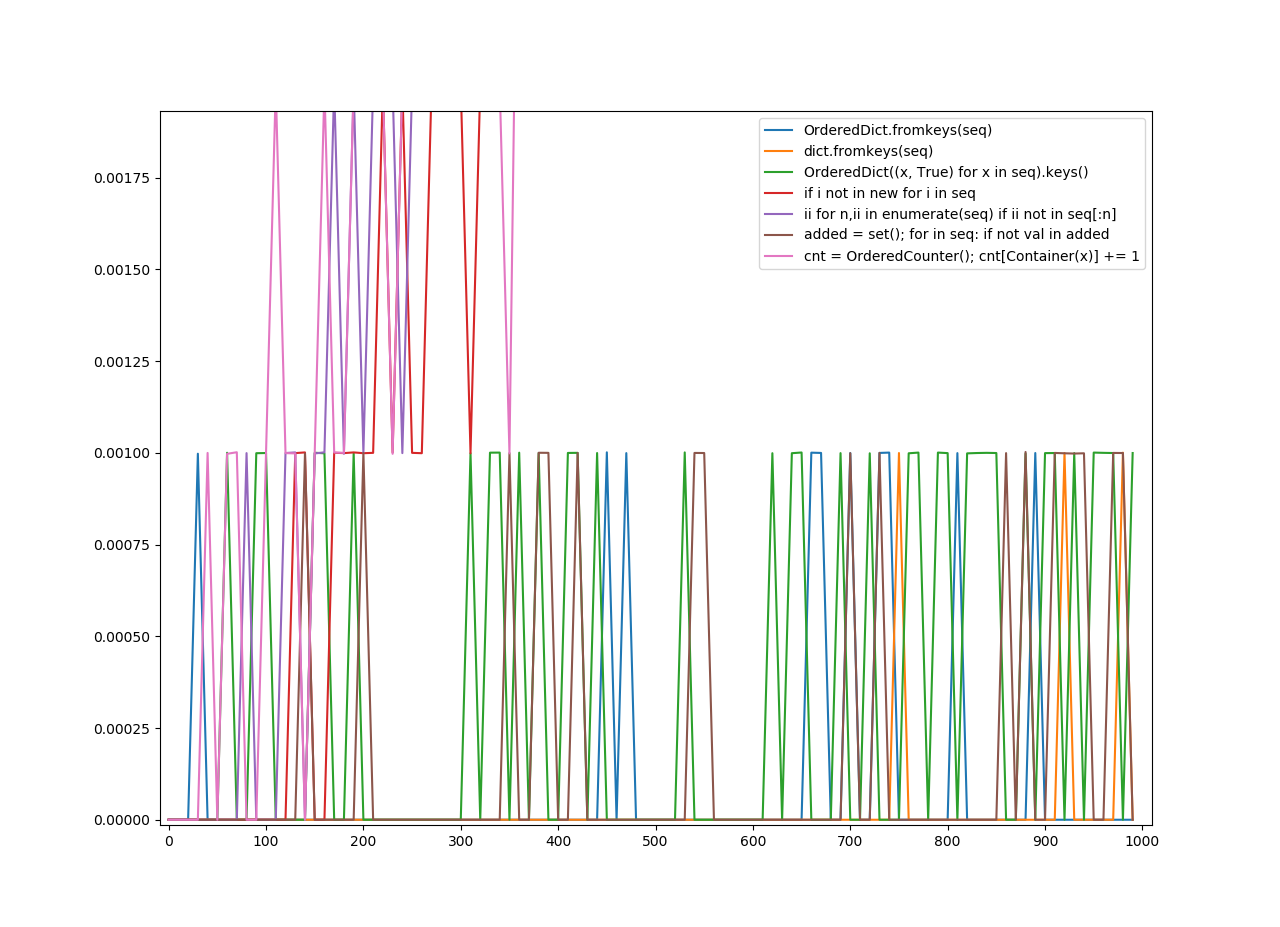 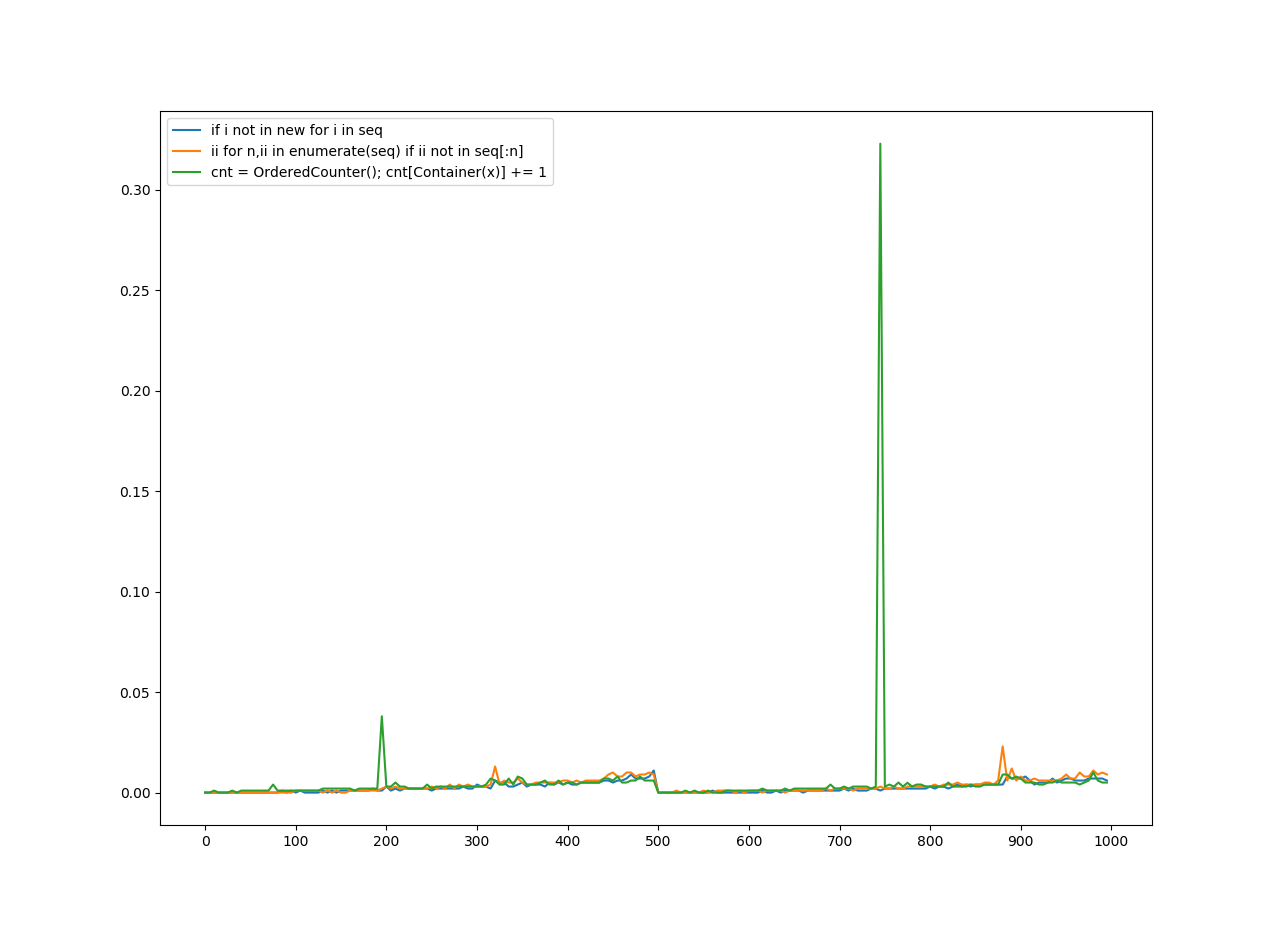 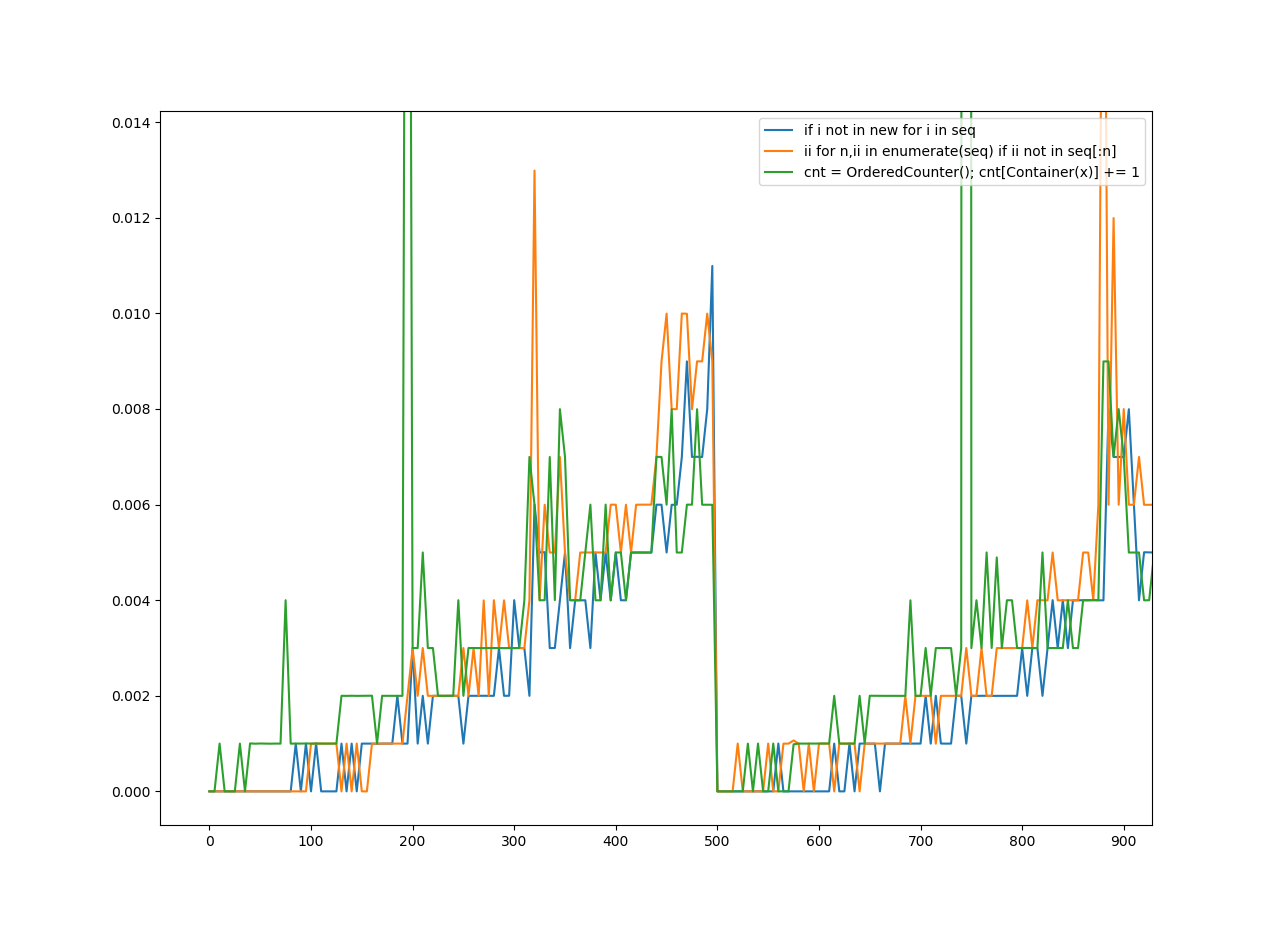 Very late answer.
If you don't care about the list order, you can use *arg expansion with set uniqueness to remove dupes, i.e.:

I've compared the various suggestions with perfplot. It turns out that, if the input array doesn't have duplicate elements, all methods are more or less equally fast, independently of whether the input data is a Python list or a NumPy array. 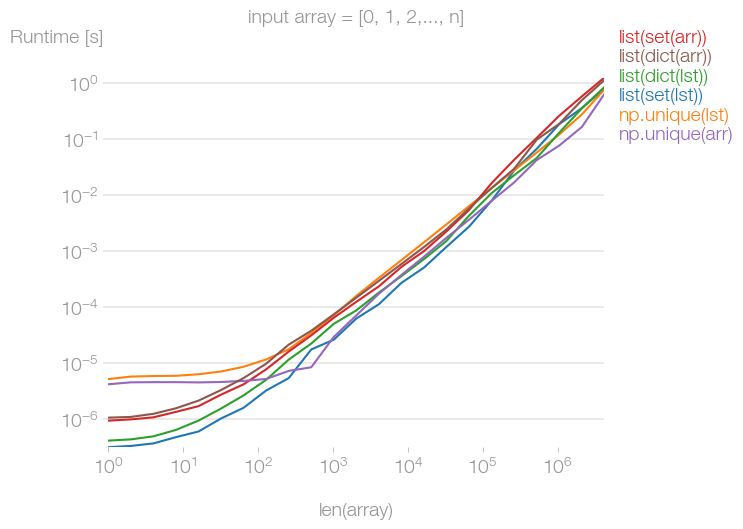 If the input array is large, but contains just one unique element, then the set, dict and np.unique methods are costant-time if the input data is a list. If it's a NumPy array, np.unique is about 10 times faster than the other alternatives. 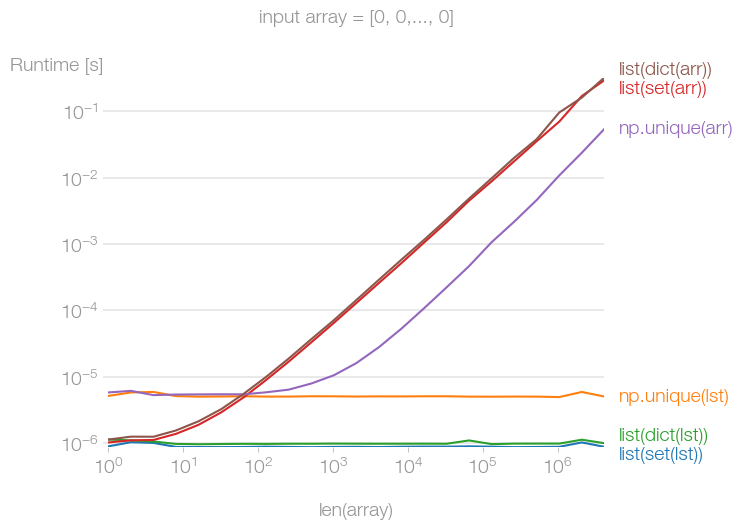 It's somewhat surprising to me that those are not constant-time operations, too.

The Magic of Python Built-in type

In python, it is very easy to process the complicated cases like this and only by python's built-in type.

Let me show you how to do !

You will get the result

You will get the result :