What is the equivalent to SQL Server Transactions in DB2?

What is the equivalent to the following SQL Server statements in DB2?

The answer is actually a little more complicated than indicated here. True, transactions are ANSI standardized, and DB2 may support them.

DB2 for z/OS can be a very different beast from the other variants (LUW, Linux-Unix-Windows, being the most common). At risk of sliding into a rant, this makes the idea of talking about DB2 almost pointless. You are talking about some specific variant of IBM's database, but what works in one can be completely invalid in another. I will assume that whatever flavor the OP was using was not the z/OS one, since the BEGIN TRANSACTION answer was accepted.

For those of you who stumble across this trying to use transactions with DB2 z/OS, here is the rundown: DB2 for the mainframe does not have explicit transactions. There is no BEGIN TRANSACTION or any other comparable construct. Transactions are begun implicitly (usually referred to as a unit of work in the docs) and committed or rolled back explicitly (usually--many GUI tools, like Toad, have an autocommit feature that can sneak up on you once in a while).

The closest thing you get when writing scripts is to manually specify a savepoint.

Superficially, these resemble explicit transactions, but they are not. Instead, they really are just points in time within a single implicit transaction. For many purposes, they may suffice, but it is important to be aware of the conceptual differences. 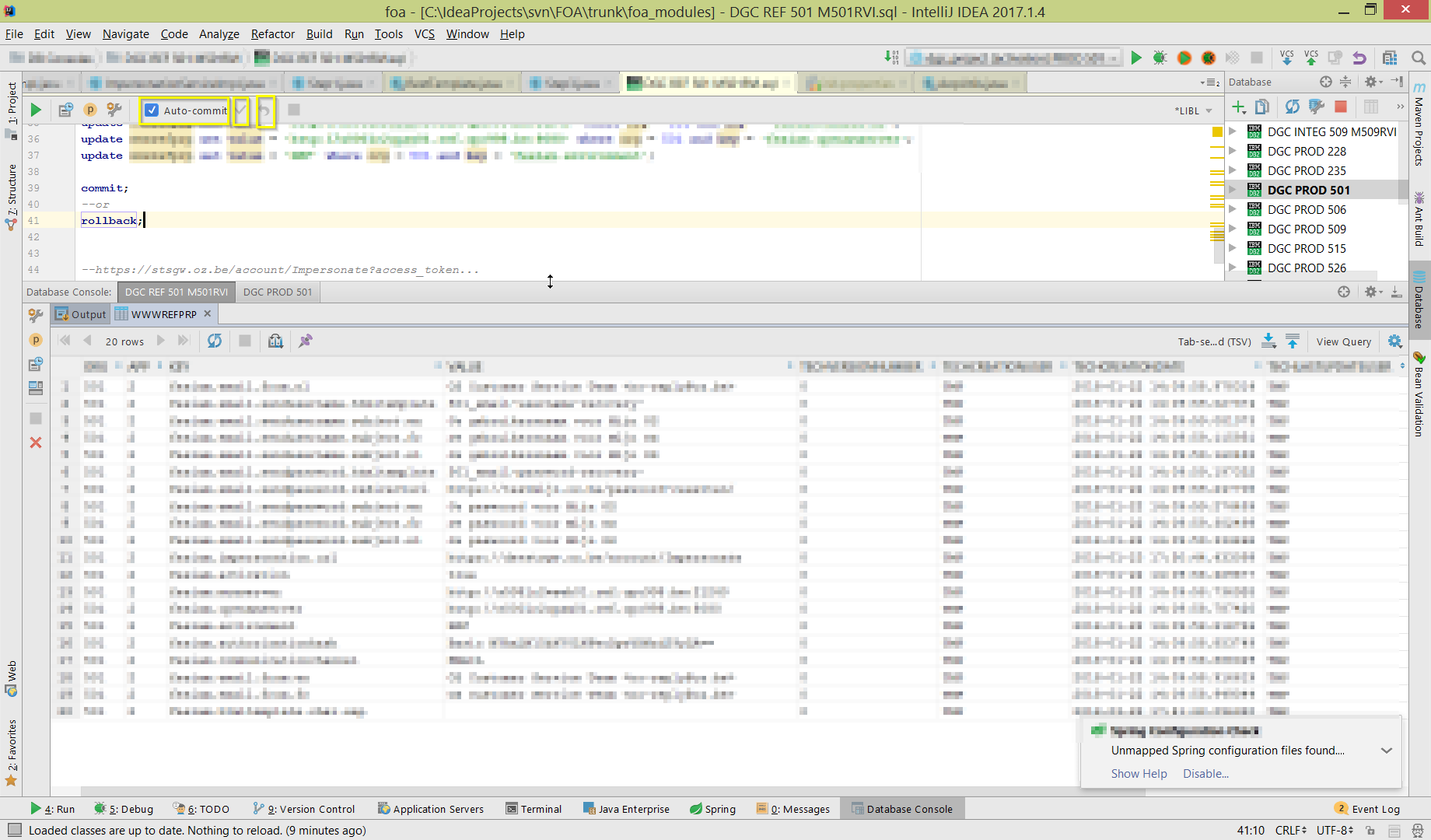 If you use an IDE like Intellij Idea (or others) then you don't have the possibility to start explicitely a transaction. In others words you cannot type 'begin transaction' in the console of your IDE.

But you can disable 'Auto-commit' (and reenable it later) and then type 'commit' or "rollback' into the console.

In IDEA there is also a button to 'commit' and a button to 'rollback'. Have a look to the screen dump attached.

Not the answer you're looking for? Browse other questions tagged sql-server db2 or ask your own question.

3
DB2 SQL script: how to start a transaction and rollback on error
-2
Unable to use transactions on db2 with ibm400
-1
IBM db2 to SQL server conversion of scripts