'chcp' is not recognized as an internal or external command, operable program or batch file. on a Windows PC

I am receiving the error message below in the command prompt when using the git init command. I'm using a Windows PC running Windows 7.

I'm new to Ruby on Rails and I'm trying to create a repository for my Rails project. When I use a command such as rails new first_app or rails server I don't receive the message, only when I used the git init command does it show up. Also, as you can see the command still functions correctly (i.e. Reinitialized existing Git repository in C:/rails_projects/first_app/.git/), however, it's annoying to see the error message every time I make a command.

Does anyone have any idea how to fix this problem? I found a link that told me I need to switch the console to Windows-1252 http://illegalargumentexception.blogspot.com/2009/04/i18n-unicode-at-windows-command-prompt.html#charsets_1252 but that didn't work.

I appreciate any help, thanks!

See if your PATH environment variable is setup properly. Any system should have atleast the below on PATH

Add the above if not there.

Once added, open a new cmd / bash and try:

It should give the path.

Then try with the git init again

If you need help to find where to add it 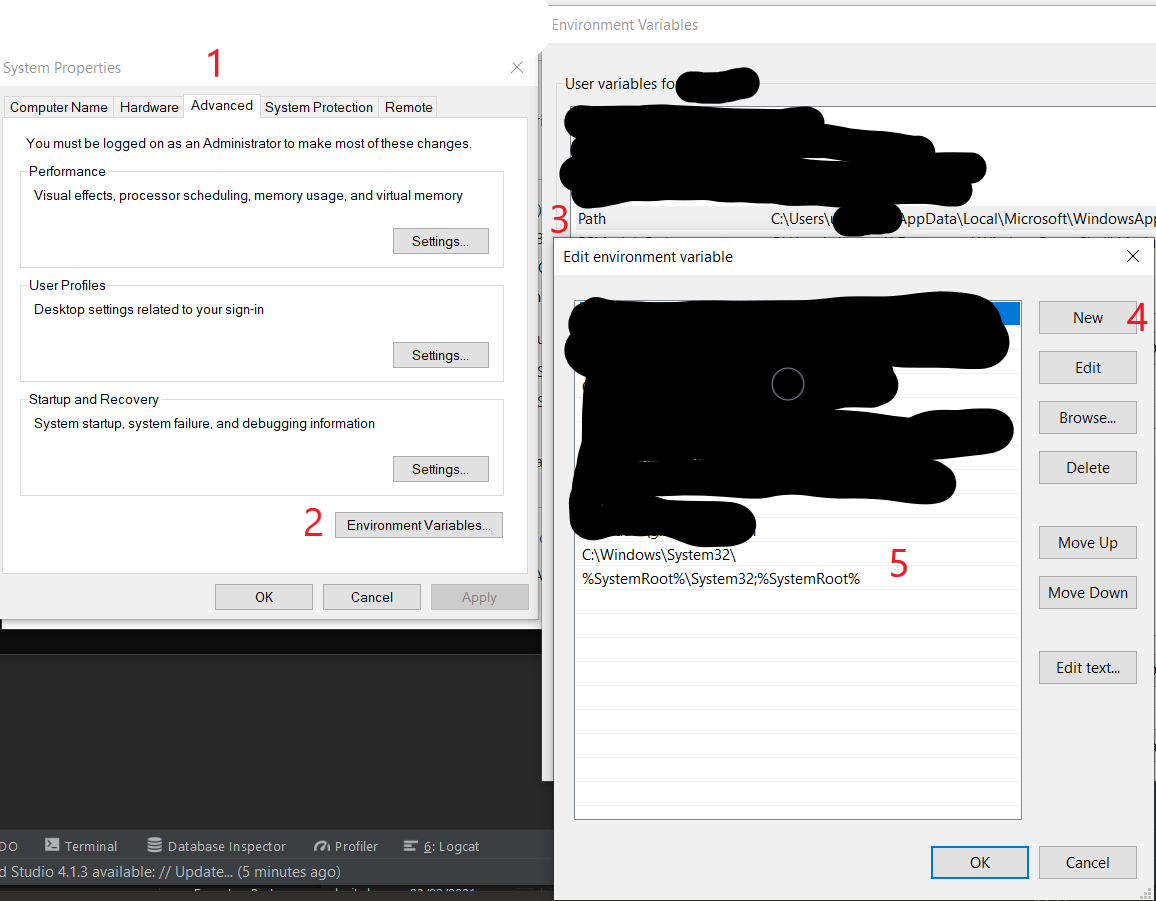 You have broken PATH (check with SET PATH), chcp is internal Windows-command, which can be found in $Windows\system32\ dir

I copied the file from windows/system32 into the Vmware CLI/bin directory which resolved it for me.

Looks like this same issue. The link has some ideas on how to fix it. In the link, the issue was created by Git being installed standalone, and with rails.

delete both of them, and save the file . This should resolve the problem

Not the answer you're looking for? Browse other questions tagged windows git command-line environment-variables or ask your own question.