I'm learning a spot of 3d opengl, and it's going rather well, I've got a nice camera moving about and some simple cube objects, at the moment. Currently using vertex arrays, but I'm swapping to VBOs pretty quick here. I'm just trying to enable culling, however I'm not sure what order in which I ought to specify my vertices, right now this is what I'm doing:

However it's definitely quite wrong, because when I glEnable(GL_CULL_FACE); my cubes don't show the correct faces (as seen below). 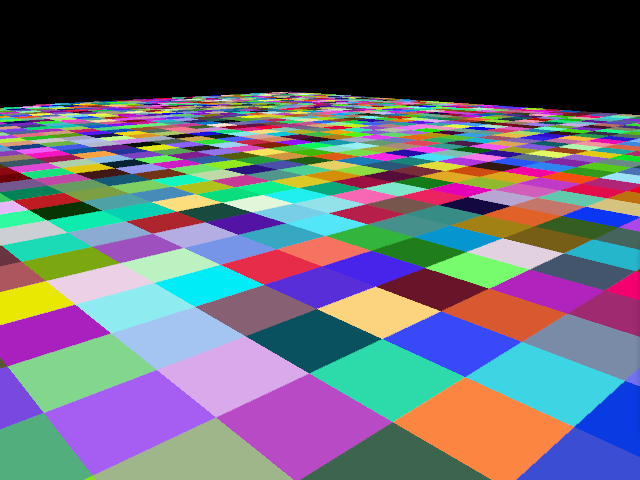 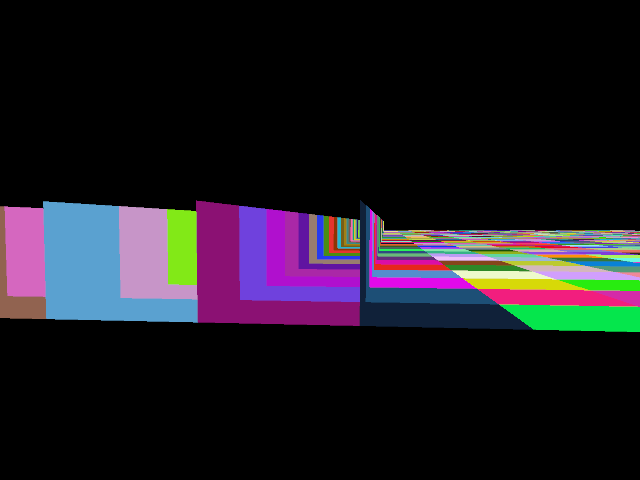 With both of these images culling is enabled.

In what order should I specify the vertices?

By default? In counter-clockwise order.

Consider a triangle facing the camera:

You can change which way OpenGL considers "front facing" via glFrontFace():

By default, counterclockwise polygons are taken to be front-facing.

For ordering your vertices, consider an ideal cube:

For each face mentally rotate it to face the camera (your mind's eye):

Then you can just visually read off the quads or triangle pairs in the right counter-clockwise order:

It doesn't matter which vertex you start the triangle/quad with, for example with the first triangle 0-1-3, 1-3-0, and 3-0-1 are all equally valid, front-facing triangles.

I learned another rule of thumb (literally) for determining the vertex order known as the "right hand rule".
Imagine your open hand (right) inside the cube with your thumb pointing towards the center of the cube. If you then curl your hand into a fist, your fingers will pass the vertices in the correct order. Since you are using your right hand for this it is called the "right hand rule".

Conversely, if you start with your left hand and point your thumb away from the center of the cube, your fingers will again sweep the vertices in the correct order. This is known as the "left hand rule" (surprise).

Not the answer you're looking for? Browse other questions tagged c++ opengl sdl or ask your own question.

1901
What is a smart pointer and when should I use one?
733
What should main() return in C and C++?
731
What is std::move(), and when should it be used?
8
Back face culling + GL_TRIANGLE_STRIP?
1
Improving cube engine performance
0
VBO - Cube Offsets
3
Why are some of my cube faces not rendering the way I'd like them to?
0
Few questions regarding OpenGL (culling and optimization) in a cube-based voxel engine
1
Incorrect occluded, front-face culling in openGL
0
OpenGL Cube is not properly texturing