What is Sliding Window Algorithm? Examples?

While solving a geometry problem, I came across an approach called Sliding Window Algorithm.

Couldn't really find any study material/details on it.

What is the algorithm about?

Generally speaking a sliding window is a sub-list that runs over an underlying collection. I.e., if you have an array like

a sliding window of size 3 would run over it like

This is useful if you for instance want to compute a running average, or if you want to create a set of all adjacent pairs etc.

I think the technique is best understood with the following example. Imagine we have this array:

The brute force approach to implementing this programmatically is as follows: 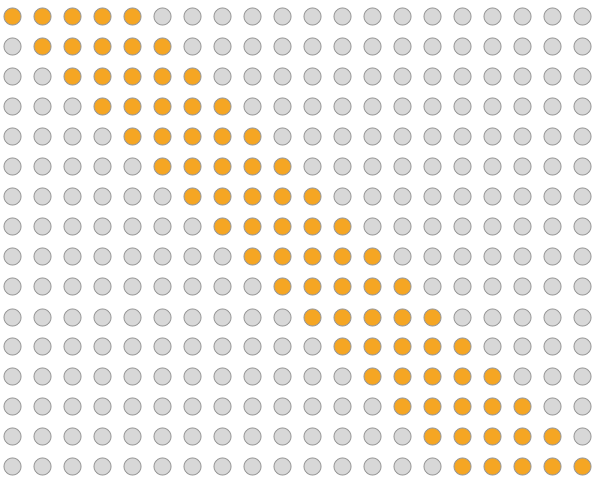 Can we get this down to just O(n)? Let's return to this array:

Here the sliding window approach ends up being two operations instead of five, since k is 5. That's not a huge improvement, but you can imagine that for larger k (and larger n) it really does help. 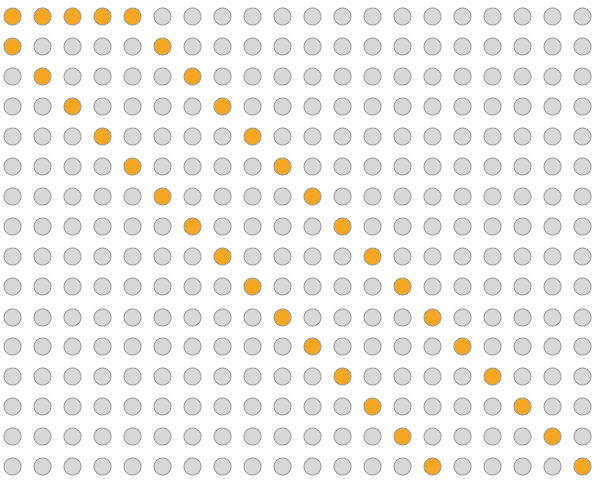 Here's how the code would work using the sliding window technique:

And that's the gist of the sliding window technique. In other problems you may be doing something more complicated than getting the sum of the elements inside the window. Or the window itself may be of varying size instead of the fixed size of five that we saw here. But this basic application of the sliding window technique should give you a foundation from which you could build off of.

The Sliding window is a problem-solving technique for problems that involve arrays/lists. These problems are easy to solve using a brute force approach in O(n^2) or O(n^3). Using the 'sliding window' technique, we can reduce the time complexity to O(n).

Great article on this is here: https://medium.com/outco/how-to-solve-sliding-window-problems-28d67601a66

So the first thing you want to be able to do is to identify a problem that uses a sliding window paradigm. Luckily, there are some common giveaways:

But the biggest giveaway is that the thing you are looking for is often some kind of optimal, like the longest sequence or shortest sequence of something that satisfies a given condition exactly.

To add to the previous answers here are some more resources which illustrates this concept very well.

This youtube video is the best that I have found on this topic.

The sliding window is one of the most frequent topic which is asked in the coding rounds in the top companies so it is definitely worth spending some time to master this.

Not the answer you're looking for? Browse other questions tagged algorithm sliding-window or ask your own question.

19
Python iterate through array while finding the mean of the top k elements
6
Finding repeated character combinations in string
7
Algorithmic question: Best angle to view trees from fixed camera
4
Frequent words in Python
7
Longest substring that appears at least twice in O(n.logn)
2
Java: Find the longest substring without any number and at least one upper case character
5
How to count number of combinations?
4
Create circular iterator from incremental start position
2
How to merge elements in list in python with condition?
4
Implement a sliding window in RxJava2
See more linked questions

1897
What is tail recursion?
1573
What is the best algorithm for overriding GetHashCode?
5185
What is a plain English explanation of "Big O" notation?
2457
What does O(log n) mean exactly?
1225
Easy interview question got harder: given numbers 1..100, find the missing number(s) given exactly k are missing
1170
Ukkonen's suffix tree algorithm in plain English
1793
Image Processing: Algorithm Improvement for 'Coca-Cola Can' Recognition
994
How to find time complexity of an algorithm
1
Is there any non-naive approach to sliding window algorithm?
1999
What is the optimal algorithm for the game 2048?