I keep getting the following error:

This is the code:

I have already set the identifier on the UIStoryboard but I'm still getting this error.

I was having the same issue, but I could not find the "Identifier" field in the inspector. Instead, just set the field named "Storyboard ID" to what you would name the Identifier. This field can be found under the "Show the Identity inspector" tab in the inspector.

[Note - comments below indicate that some people have found that they need to (also?) set the field "Restoration ID" just below the Storyboard ID in the inspector. Clicking on "Use Storyboard ID" does not seem to be enough.]

There's an image below for reference: (in this instance I've named my identifier the same as my class) 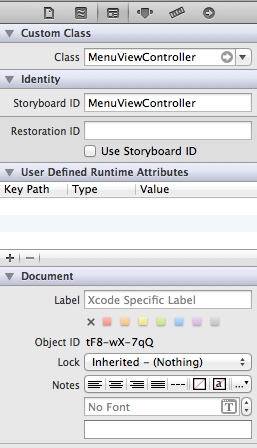 when you change storyboard IDs and you get errors like this, 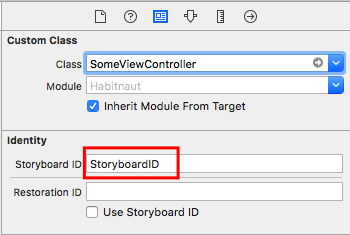 Sometimes people believe that the first one is the Storyboard ID and the second one the View Controller class name, so note the difference. 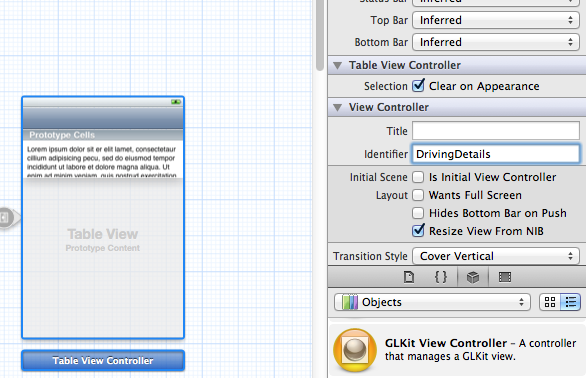 you have to set the storyboardId(in this case the viewController is embedded in a Navigation controller: 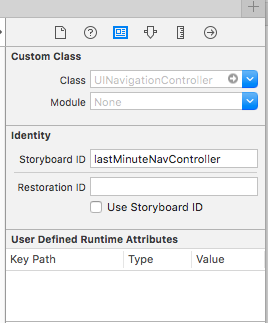 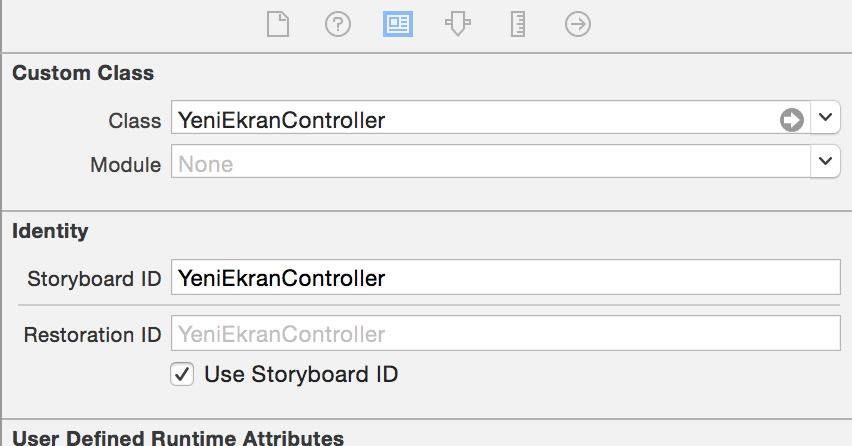 Use following code for that :

Here storyboardWithName is the name of the storyboard file we are working with and bundle specifies the bundle in which our storyboard is (i.e. mainBundle).

For those with the same issue as @Ravi Bhanushali, here is a Swift 4 solution:

I found it ... click on the view controller in storyboard, click the third icon from left on the vc attributes inspectors - the one where you set the call name on that scereen it says 'identity' - mine was hidden , i had to click on the word identity it then shows storyboardID - add the identifier from the code, done

Modifying "Storyboard ID" in the identity inspector (the 3rd icon to the left) should work.

If not and you're sure there's no typo, try cleaning up the project ("Product"->"Clean", or simply command + shift + K).

While entering the identifier u have not selected proper view controller, just check once if done repeat the procedure once more.

A few of my view controllers were missing the storyboardIdentifier attribute.

I was facing the same issue. I had given the identifier but the compiler was giving the issue, so I made the new controller and gave that controller a new ID and added it and it's working perfectly! I have added pods as well but don't know why the error was coming but now its gone! Plus also try to clean your project by pressing CMD+SHIFT+K keys. Lemme know if it worked.

I got same error and I could fix this by changing the following changes in my project. I have mentioned my class name in the inspector panel then the problem is solved. Goto->right panel there Identity Inspector In the custom class section

After this click on Use storyboard ID option over there.That's it the problem is finished. I hope it will help you....

Use your identifier(@"drivingDetails") as Storyboard ID.

it is very simple select the respective view controller in the main story board and check the storyboardID if its present use it in the identidier of give a name and use it.

I tried all of the above solutions and none worked.

What I did was:

And then it worked. The shocking thing was that I had entered the Storyboar ID in interface builder and it got removed/deleted after opening Xcode again.

Cleaning all things and closing Xcode doesn't solved the issue for me.

I had to delete the viewController and create a new one with new identifier.

Note: If you use cocoapods in your project, then first run pod deintegrate and rm Podfile.lock

Then open your project folder in any third party code editor like VSCode and do a global search for the ViewController name throwing the error.

Everything should work fine now.

This is most often caused when you rename files from within Xcode.

check your language, may be the (base) have your controller, but may be specific storyboard does not have it 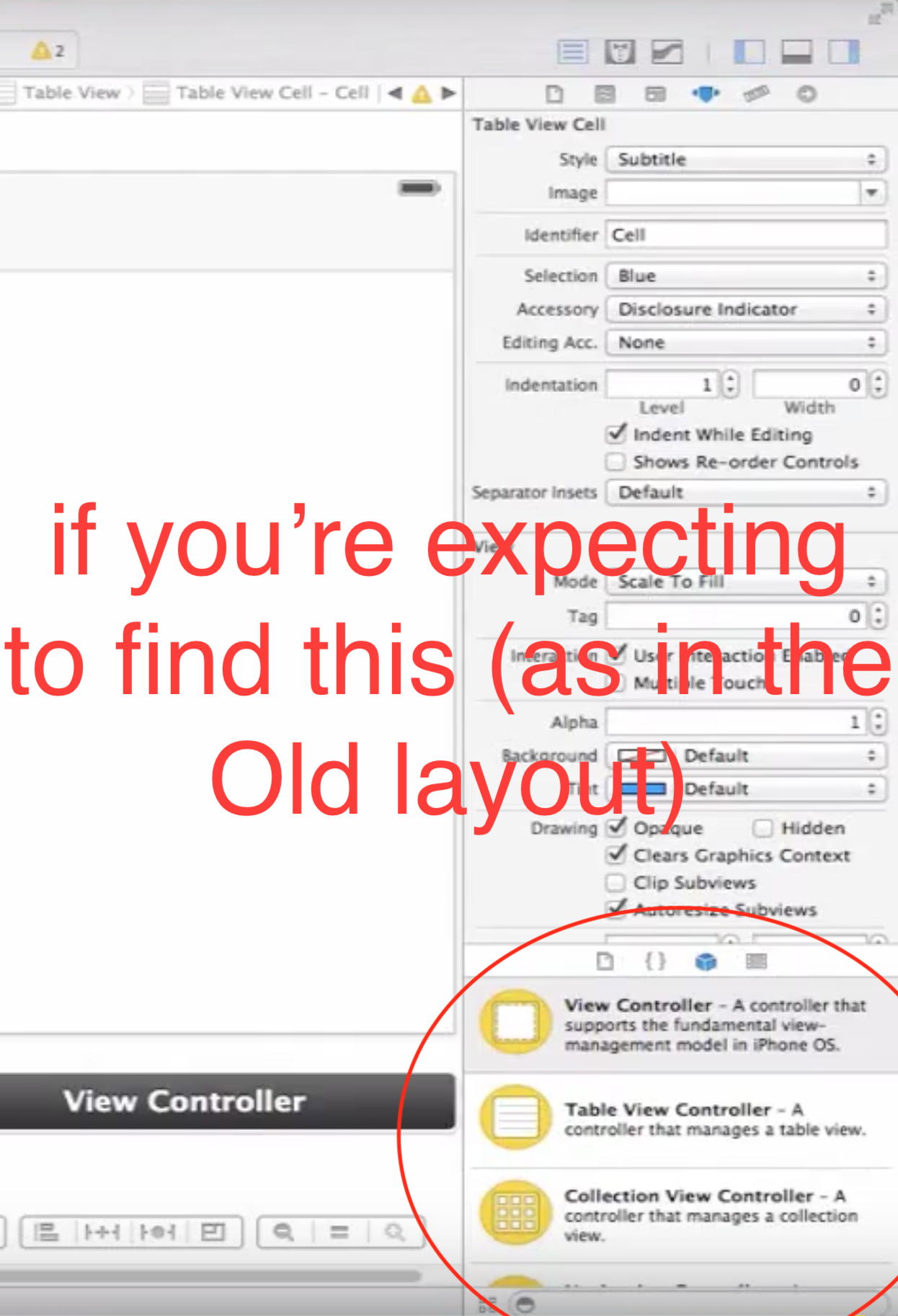 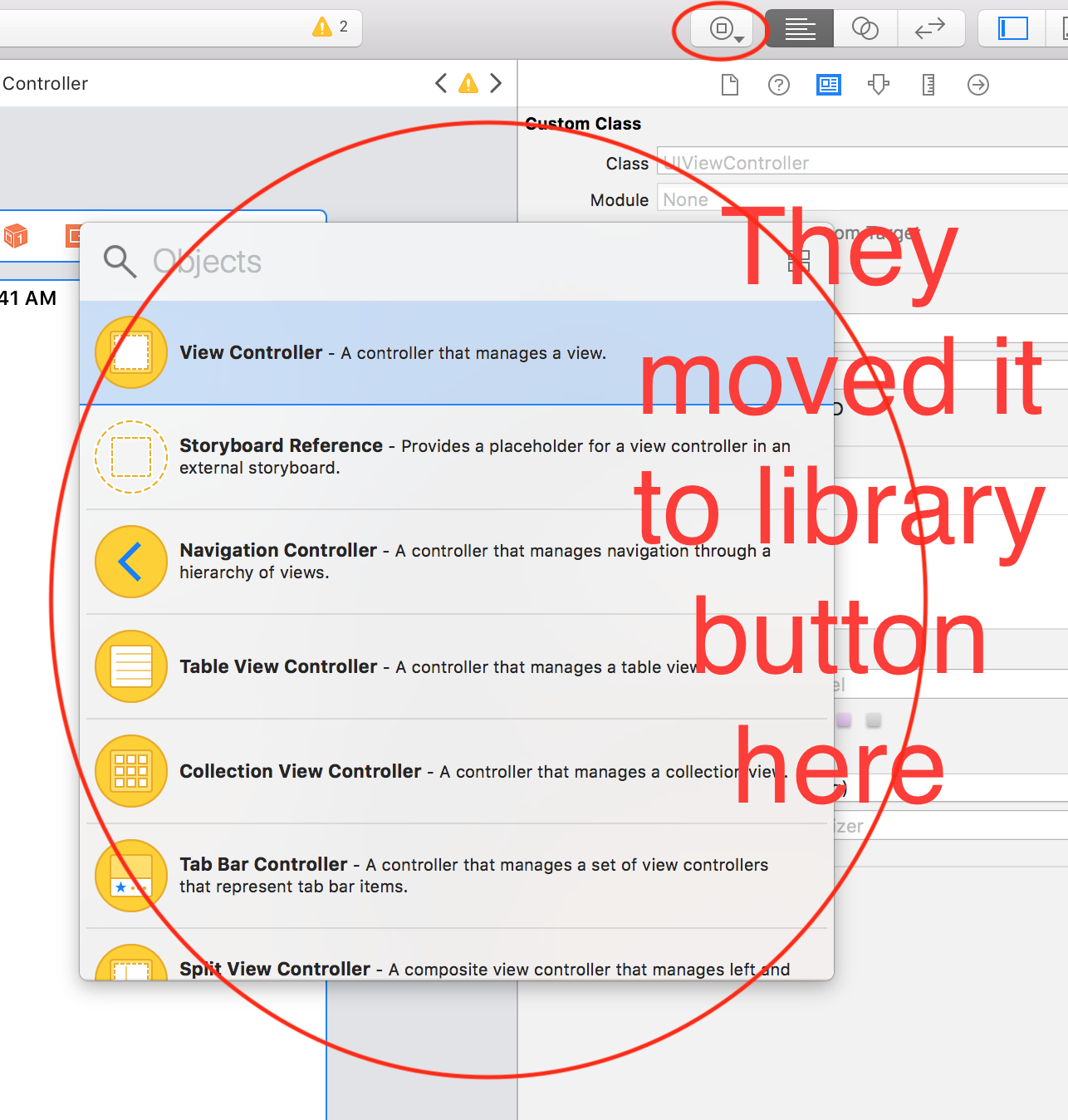 Not the answer you're looking for? Browse other questions tagged ios objective-c xcode storyboard or ask your own question.