After some searching in Google and Wikipedia, I still can not get a clear image about the "difference" between BRMS (Business Rule Management System) and BPM (Business process management)/workflow system.

Can those two concepts do the same thing from each other? (theoretically) A "rule" can be modeled as a "process" as well. Isn't it?

An BRMS (of the type sold by ILOG) allows you to set up a set of rules and uses an algorithm such as Rete to match based on the conditions, generate assertions (which can in turn be matched by other rules) or take actions based on these rules. These can be embedded in application and used to support configurable business logic.

A BPMS (such as MS Workflow Foundation or any of the BPEL engines on the market) steps an application through a series of stages in a workflow. These stages can be assigned to different people. A BPMS can use an embedded BRMS to make decisions on where to direct a workflow. For example, ILOG makes a plugin that allows its rules engine to be used with MS Workflow foundation.

The difference between the two

A workflow-aware application will present different screens to one or more users under the control of a process that is defined in the workflow engine. This engine can be external to the application, and a workflow can hop across more than one application. The workflow engine may also manage explicit compensating rollbacks and error handling for applications that cannot directly participate in distributed transactions.

I find it easier to think about the difference between decisions and processes. Both decisions and processes can have rules but they are not the same - check out this list of differences in a presentation I gave at IBM's recent IMPACT show. Decisions are related to business rules and proper use of business rules to manage decisions can simplify processes. There's more on this on my blog but stackoverflow won't let me link to it...

A rule is a definition, a process involves steps. Business Rules would be something like defining inventory as LIFO or FIFO, whereas Business Process would be that Joe has to input his inventory numbers, which goes to Linda, who validates it, and then the Business Rule is enacted to adjust it to LIFO, and then it's sent to Ralph who throws it on the 10-Q.

The two are very much intertwined, but they are definitely two separate things.

Edit: I should note that often, before it gets into a BRMS, the business rule is in and of itself a process. Converting inventory to LIFO is a lot of math, but it may be done manually by 3 people instead of systematic. It takes a good analytical mind to break things down between rules and process.

Business Rule:: A rule that is under the business jurisdiction

Business Process:: Is a tool to manage the business process

A BRMS or business rule management system is a software system used to define, deploy, execute, monitor and maintain the variety and complexity of decision logic that is used by operational systems within an organization or enterprise (Wikipedia) 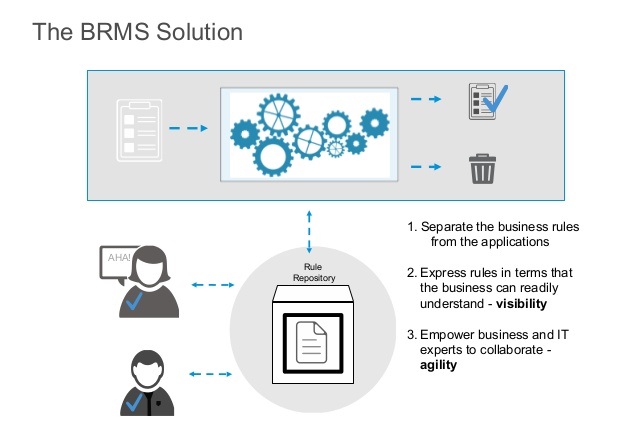 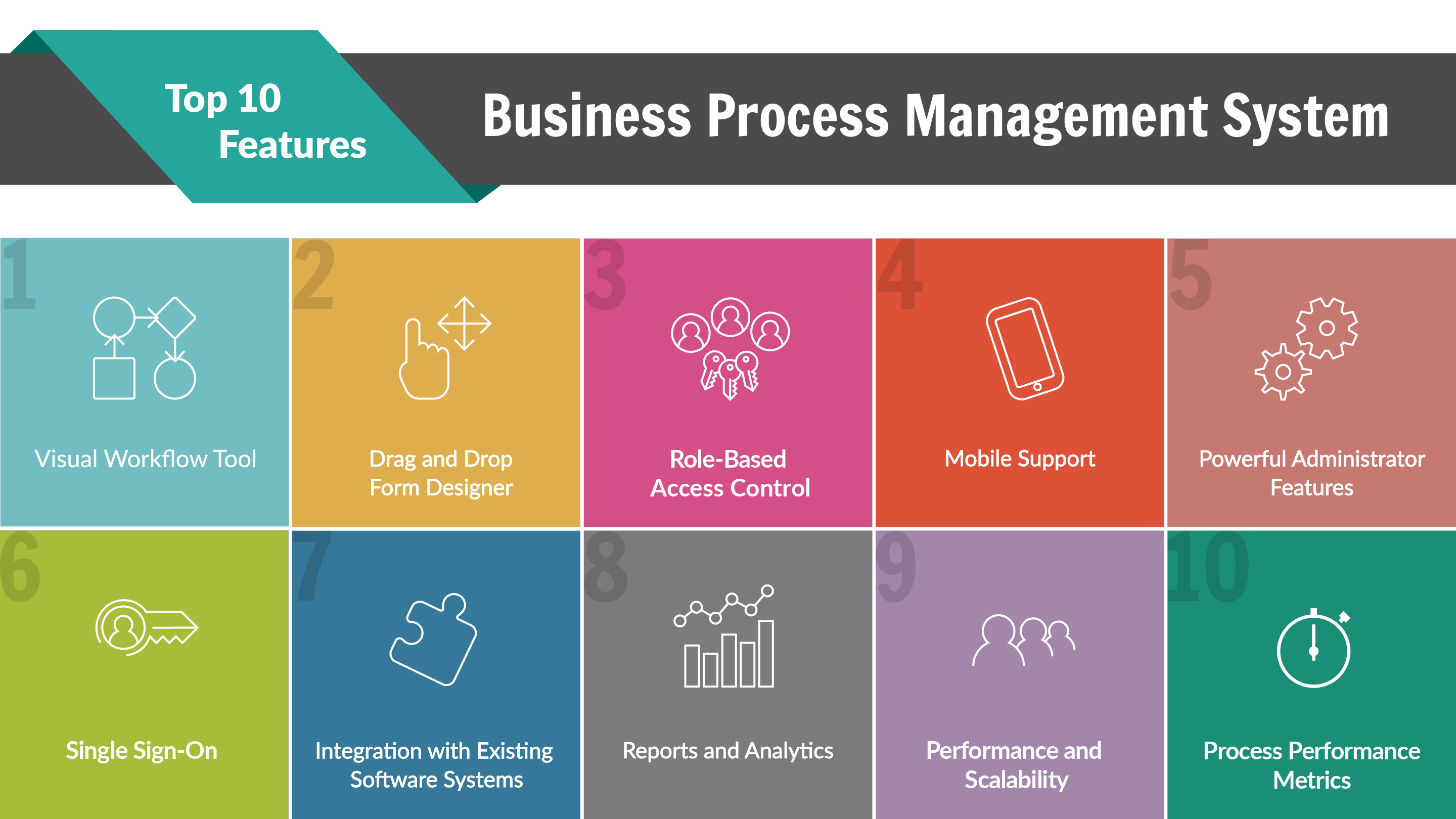 In BRMS you can only set the rules in which the robots only the check the actions performed by the employees or workers etc but in business process it handles the business process eg forwarding, handling the documents, assigning tasks and much more BPMS can do for you

Not the answer you're looking for? Browse other questions tagged workflow business-rules business-process or ask your own question.

376
What Git branching models work for you?
122
To Workflow or Not to Workflow?
11
How can developers let business users define application logic?
3
Application design - modifiable business rules
0
How to decouple process in business layer
6
What is the difference between “workflow engine” and “business process management engine”?
0
How to implement Business Rules