When exporting rather complicated plots (especially ListDensityPlot) as a PDF or EPS (for publication, for example), the resulting file size can be quite large. For example: 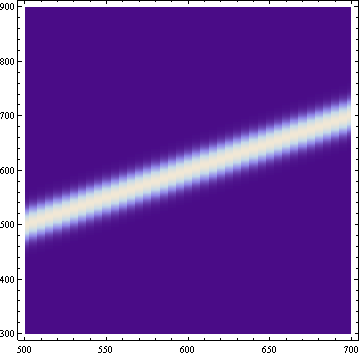 This example data set is on the order of the size I typically work with. When I export using Export["C:\\test.pdf", plot], it generates a PDF file 23.9MB in size. If I instead try Export["C:\\test1.pdf", Rasterize[plot]] it is far smaller, but the integrity and rescalability of the image naturally suffers.

This is complicated further if my actual figure is a combined plot, such as (Edit: f goes to 900) 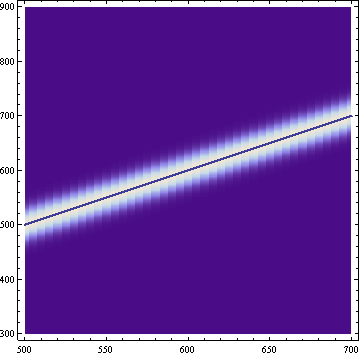 (or with some usage of Epilog) where I'd love to have the background ListDensityPlot be rasterized, but keep the other markup and plots in ``vector'' form. Or at the very least, the frame labels be non-rasterized.

Is there any way to do this?

Or, to accomplish the same goal via some other clever method?

I've checked out the related question, but that's gotta be way more complicated than it needs to be (essentially exporting then importing). I've been able to utilize some of the tricks in that question to extract the plot separately from the axes: 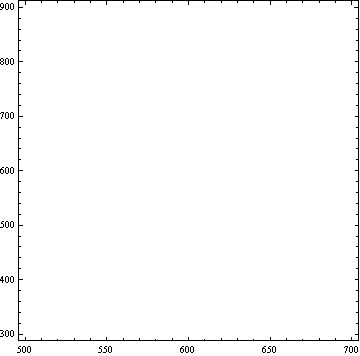 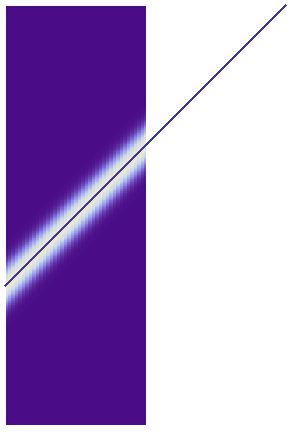 But, the plots term loses the AspectRatio and PlotRange, etc. plots can be hit with a Rasterize, but it needs dimensional fixing.

And then, how to combine them together?

This is exactly the kind of problem for which I wrote the function linked here: http://pages.uoregon.edu/noeckel/computernotes/Mathematica/listContourDensityPlot.html

It's based on the same idea as in Heike's answer -- I just added some more features so that you can safely change the aspect ratio, opacity, and combine with other plots. See my comment in Heike's answer.

To try it with your data, do something like this:

There are a couple of similar functions linked from the parent page, too.

If you're dealing with 2D plots, you could combine a rasterized plot with vectorized axes by using Inset. For example

produces a .pdf of about 400 KB. The frame, tick marks, and black line are still vectorized, so they stay sharp when zooming in: 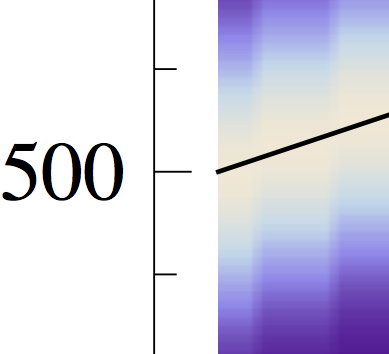 If you are exporting as PDF, EPs or WMF, then the text should remain as vectors even if you have a rasterized component to the graphics.

I think the trick is to set the number of plot points to some low number in the ListDensityPlot command and then export as PDF as normal.

How about just plotting the function rather than making a list?

Not the answer you're looking for? Browse other questions tagged wolfram-mathematica or ask your own question.

11
Exported PDFs from Mathematica 8 won't print
17
Exporting graphics for publications: how to achieve consistent line thicknesses in plot elements?
5
Can I change the export to pdf settings in Mathematica 8?
18
Mathematica: Rasters in 3D graphics
7
An efficient data structure or method to manage plotting data that grow with time
5
Optimizing size of eps/pdf files generated by Mathematica
4
How to go to EndOfFile of a data file while reading it in Mathematica?
0
How to export a Mathematica list as a fixed-width text file while preserving sig figs?