While i was doing some image processing, i found out that GD and Imagick in PHP does not resize image to color pixel identical level, which in most cases, were not needed. Now in case, i need a image from whatever dimension to scale to 256*256

To make sure the TEST results are consistent, i used a 256*256 image and resize it to it's own size.

none of them worked, if i compare the output with the original image, it will look something like this: 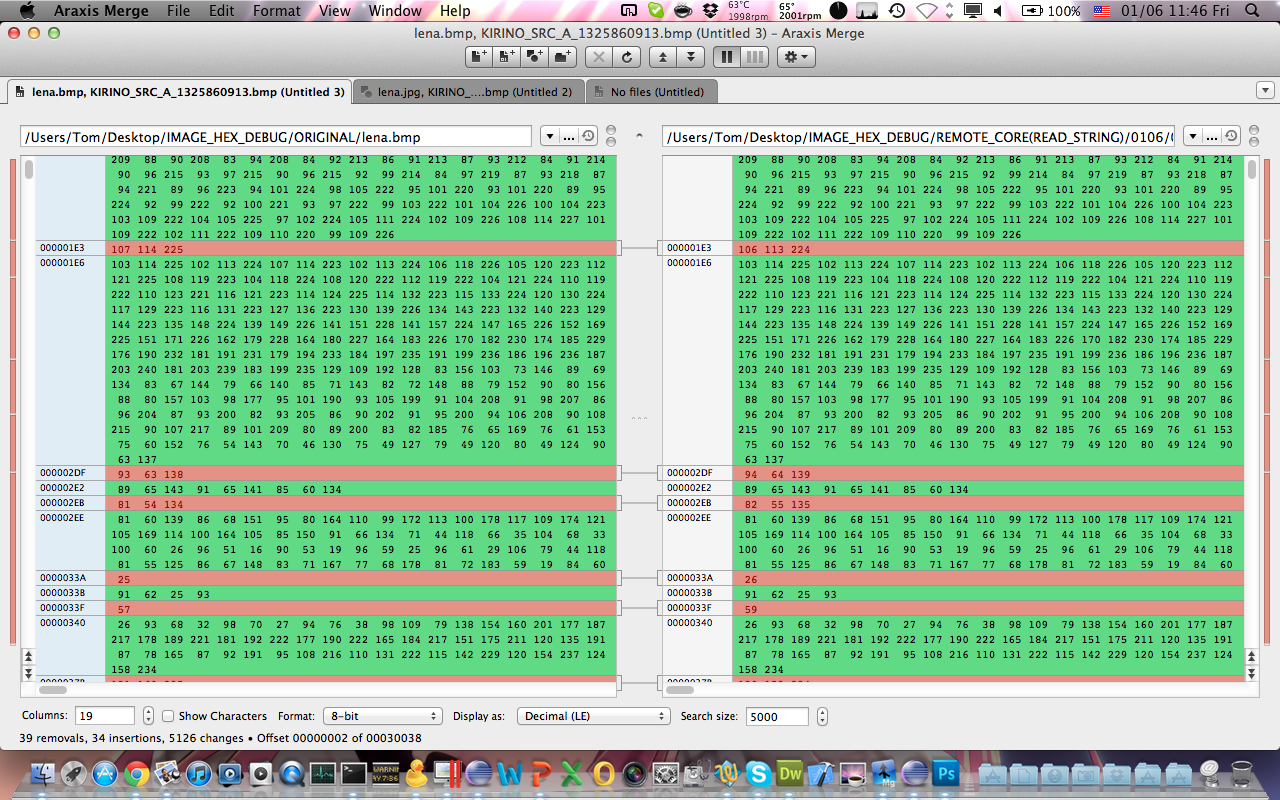 i can achieve pixel to pixel identical resizing from 256*256 to 256*256 in photoshop, OSX preview, and even Pixelformer. i was wondering how can that be done i PHP?

Since your image format (jpeg - assumed from 100 quality setting) is a lossy format you won't get a lossless throughput this way as you're recompressing the image.

When you don't change the dimensions (original dimensions = dimensions after resizing) in Photoshop or OSX preview they won't recompress the image, that's why you won't see any change.

Not the answer you're looking for? Browse other questions tagged php image imagemagick gd image-resizing or ask your own question.