'libxml/xmlversion.h' file not found in xcode 4.2?

i am integrating twitter application in my application my application is created in xcode 4.2 using ARC when i implemented code for twitter from this code. it worked perfectly when i just download the project & run it. when i integrate this twitter sdk code in my xcode 4.2 based application it gave me error of 'libxml/xmlreader.h' file not found i have solved it just changing header file this way #include <libxml2/libxml/xmlreader.h> but after changing this previous error was solved but than i got new error 'libxml/xmlversion.h' file not found. i tried to change header of file xmlreader.h but this file is not editable i have changed permissions for this file, too. but it didn't work. in the format like this #include <libxml2/libxml/xmlreader.h> but it doesn't work.

please tell me how to solve this error.

but they didn't work for me in xcode 4.2. please guide me. 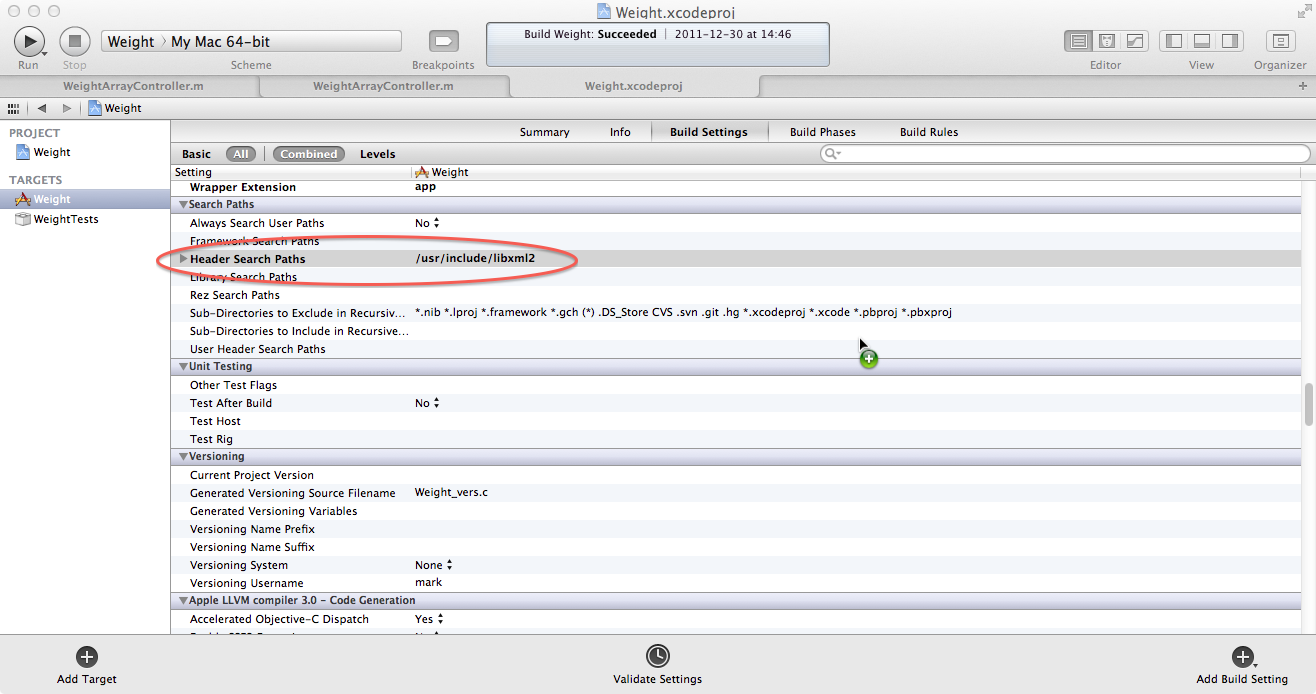 Works for me. Remember to add the library in Link Binary en Build Phases Section of the target project. 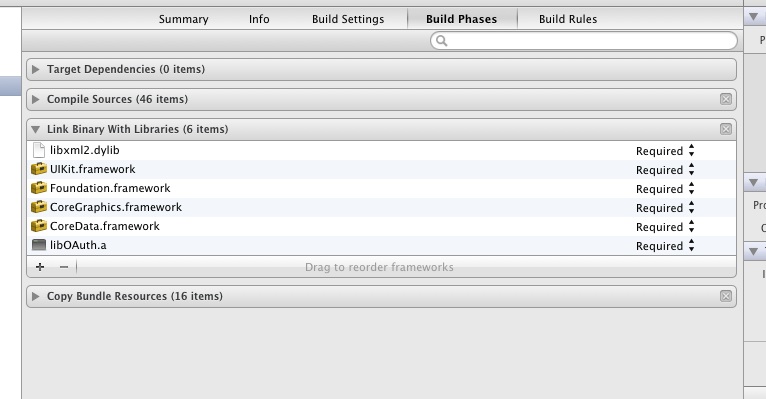 If you're using CocoaPods and get this error, you'll have to fork the spec and the following lines to it:

You'll have to remove the Pod, then re-install it as well, with the podspec pointing to your fork. The reason why you have to fork the Pod is because the Target where you would normally change this is generated by CocoaPods when you perform pod install.

Note that if you have other libraries that the Pod depends on, include them on the s.libraries line.

Source for this fix in the CocoaPods issue "Pod Integration Issues"

In your build settings, for the key "Header Search Paths", add "$(SDK_DIR)"/usr/include/libxml2

I got the same errors and come to here, then I find the answer in below url https://github.com/ZaBlanc/RaptureXML#adding-rapturexml-to-your-project

Hope this can help you, I've solved it now.

Be sure to use the non-recursive option when you add the key "Header Search Paths."

/usr/include/libxml2\** -- This is the recursive option and WILL

Not the answer you're looking for? Browse other questions tagged iphone xsd xcode4.2 or ask your own question.

13
How to solve "LibXml/xmlreader.h Not found" error in Twitter integration in iPhone

7
Linking Error libxml2.dylib at Xcode 3.2.5 & SDK 4.2
1
Libxml in a library for ios
13
How to solve "LibXml/xmlreader.h Not found" error in Twitter integration in iPhone
0
Xcode 4.2 edited project is not opening into Xcode 4.0.2
183
The model used to open the store is incompatible with the one used to create the store
44
Why am I getting this "libxml/tree.h file not found" error?
1
'libxml/tree.h' file not found when archiving the project in Xcode
0
Valid signing identity not found with xcode 4.2 but working in xcode 4.5
894
Xcode error "Could not find Developer Disk Image"
419
iPad Multitasking support requires these orientations