It looks like there is some kind of 1px transparent border between the inset box-shadow and the surrounding border. 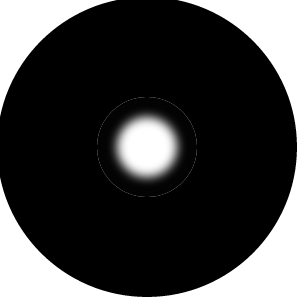 Have a look at this live example, i could reproduce that rendering weirdness with the last releases of Chrome, Firefox and IE. (thus not rendering engine-dependent)

I didn't find a way to make this thing go away, but using a low opacity makes it almost invisible. I'll be using that technique (and leaving the question open) until a real solution comes up.

Definitely looks like a bug in box-shadow (when using the spread arg). As a work-around just use an overlay div. Here's the code:

Here's a fiddle with the blur and spread adjusted as well (to show that identical results, minus the unwanted parts, can be achieved): http://jsfiddle.net/wgpzL/

Not the answer you're looking for? Browse other questions tagged border css or ask your own question.

3470
Set cellpadding and cellspacing in CSS?
573
Should I use 'border: none' or 'border: 0'?
2127
What's the difference between SCSS and Sass?
1703
How do I make a placeholder for a 'select' box?
557
Placing border inside of div and not on its edge
0
Duplicating box-shadow for bottom on top
2
IE10 inset box-shadow scaling with border-radius
0
Image shadow css3
0
Rendering overlay to div with border radius and overflow: hidden (Chrome only)