So I've been working on a rather large project and using PlasticSCM as by VCS. I use it with a DVCS model, but so far it's pretty much just been me sync'ing between my office machine and home.

Now we're getting other people involved in the project, and what I would like to do is restrict the other developers to specific branches so that only I can merge branches into /main.

This is my first foray into DVCS so I'm not quite sure how this kind of thing works.

Classic DVCS (Mercurial, Git) don't include ACL, meaning a clone wouldn't keep any ACL restriction.
This is usually maintain through hook on the original repo (meaning you might be able to modify the wrong branch on a cloned repo, but you wouldn't be able to push back to the original repo).

As the security page mentions, this isn't the case for PlasticSCM, and a clone should retain the ACL (caveat below) set on an object, which will inherit said ACL through two realms: the file system hierarchy (directory, subdirectories, files) and the repository object hierarchy: 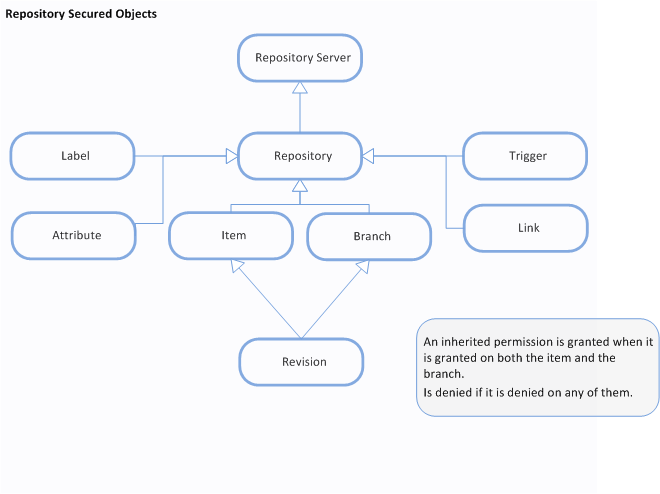 The caveat in a DVCS settings is that there must be a mechanism in place to translate users and groups from one site to another. 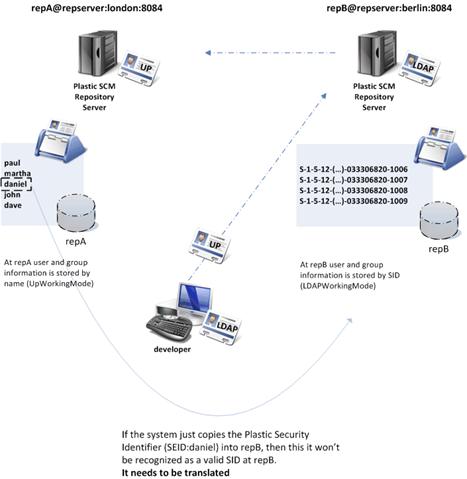 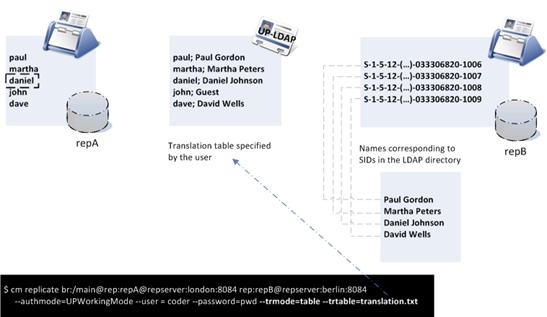 Note: a translation table is just a plain text file with two names per line separated by a semi-colon “;”. The first name indicates the user or group to be translated (source) and the one on the right the destination one.

Not the answer you're looking for? Browse other questions tagged dvcs plasticscm or ask your own question.

9
How are you structuring your Git repository workflow?
1004
How can I stop .gitignore from appearing in the list of untracked files?
30
How are DVCS used in large teams?
130
Named Branches vs Multiple Repositories
32
Are DVCS like Git inappropriate for teams using continuous integration?
144
Merging: Hg/Git vs. SVN
3
DVCS strategies for mixed-role small team?
8
How to move bugfixes across branches in DVCS?
2
How to setup a DVCS system that keeps some of the stuff we like about our centralized VCS?
2
How does multiple developers work with the same repository (Unity3D)?