I am debugging a problem with a HTTP 301 Permanent Redirect. After a quick test, it seems that Safari clears its cache of 301s when it is restarted, but Firefox does not.

When do IE, Chrome, Firefox and Safari clear their cache of 301s?

UPDATE: For example, if I want to redirect example1.com to example2.com, but I accidentally set it to redirect to example3.com, that is a problem. I can correct the mistake, but anyone who has visited example1.com in the meantime will have cached the incorrect redirect to example3.com, and so they will not be able to reach either example1.com or example2.com until their cache is cleared. Upon investigation, I find that there were no Cache-Control and Expires headers set. The headers for the incorrect 301 response would have been like this:

My own tests show that:

In the absense of cache control directives that specify otherwise, a 301 redirect defaults to being cached without any expiry date.

That is, it will remain cached for as long as the browser's cache can accommodate it. It will be removed from the cache if you manually clear the cache, or if the cache entries are purged to make room for new ones.

You can verify this at least in Firefox by going to about:cache and finding it under disk cache. It works this way in other browsers including Chrome and the Chromium based Edge, though they don't have an about:cache for inspecting the cache.

In all browsers it is still possible to override this default behavior using caching directives, as described below:

If you don't want the redirect to be cached

This indefinite caching is only the default caching by these browsers in the absence of headers that specify otherwise. The logic is that you are specifying a "permanent" redirect and not giving them any other caching instructions, so they'll treat it as if you wanted it indefinitely cached.

The browsers still honor the Cache-Control and Expires headers like with any other response, if they are specified.

Though, if you don't want your redirect to be permanent, it may be a better option to use a 302 or 307 redirect. Issuing a 301 redirect but marking it as non-cacheable is going against the spirit of what a 301 redirect is for, even though it is technically valid. YMMV, and you may find edge cases where it makes sense for a "permanent" redirect to have a time limit. Note that 302 and 307 redirects aren't cached by default by browsers.

Prevention is better than cure - avoid a 301 redirect if you are not sure you want to permanently de-commission the old URL.

To clear a permanent redirect, go to chrome://settings/clearBrowserData and from there only clearing "cached images and files" cleared the redirect.

Go to chrome://net-internals. On the right of the top red status bar, click on the down arrow ▼ to open the drop-down menu, and under the "Tools" group, choose "Clear cache".

As of version 48, this was the only thing that worked for me to clear a cached 301.

An answer that helps those who desperately want to get rid of the redirect cache:

Chrome caches the 301 redirect infinitely (in the local disk cache). To clear this cache:

When everything is okay, you can uncheck "Disable cache" and everything will continue to work as expected.

There is a very simple way to remove browser cache for http redirects e.g. 301, 307 etc.

You can open network panel in developer console in chrome. Select the network call. Right click on it and then click on Clear Browser Cache to remove the cached redirection. 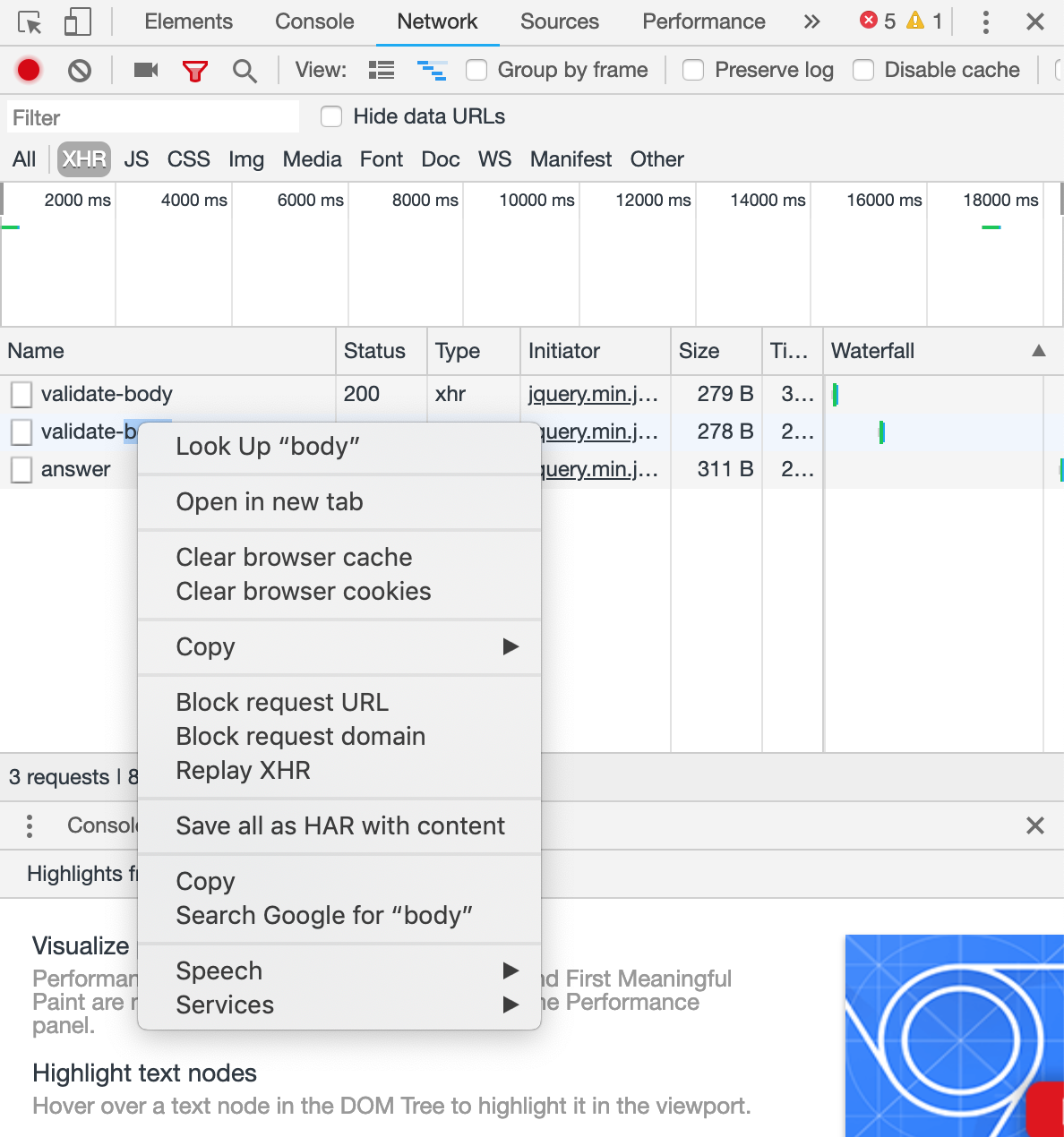 Make the user submit a post form on that url and the cached redirect is gone :)

301 is a cacheable response per HTTP RFC and browsers will cache it depending on the HTTP caching headers you have on the response. Use FireBug or Charles to examine response headers to know the exact duration the response will be cached for.

If you would like to control the caching duration, you can use the the HTTP response headers Cache-Control and Expires to do the same. Alternatively, if you don't want to cache the 301 response at all, use the following headers.

Confirmed!! make the user submit a post request to the affected url and the cached redirect is forgotten.

A quick win would be to enter this in the browser console if you can:

Useful if you know the affected browser (especially during development).

Alternatively, if you have access to the previous 301 redirect page, then you can add this script to the page and anytime it is visited, the cached 301 will be forgotten.

it should invoke popup and then..

The simplest and best solution is to issue another 301 redirect back again.

The browser will realise it is being directed back to what it previously thought was a decommissioned URL, and this should cause it re-fetch that URL again to confirm that the old redirect isn't still there.

If you don't have control over the site where the previous redirect target went to, then you are outta luck. Try and beg the site owner to redirect back to you.

In fact, this means:

For testing purposes (to avoid cached redirects), people can open NEW PRIVATE WINDOW: click CTRL+SHIFT+N [if you use Mozilla, use P]

On the latest Google Chrome Version 79, you can use the chrome://net-internals and select on DNS from the left panel, then tap the Clear host cache button

I have simple solution that worked on all major browser (latest version), includes IE, Chrome and FF

As the other answers show. Caching may be indefinetly in browser. This is extremely dangerous. So don't do it. At least add cache headers. In htaccess I always do it this way with no caching at all:

If you didn't had no caching of 301 redirects in the past, you must redirect back to the source from the target. Example:

If you had this

You need to put this

To solve the issue for a localhost address I changed the port number the site ran under. This worked on Chrome version 73.0.3683.86.

Test your redirects using incognito/InPrivate mode so when you close the browser it will flush that cache and reopening the window will not contain the cache.

try this one in your .htaccess File:

A trick for mobile Chrome (version 93 here): try opening the url in "desktop site" mode - this removed a permanent cached redirect in my situation.

To disable redirecting, put this code in index file of redirecting site

Not the answer you're looking for? Browse other questions tagged http http-status-code-301 or ask your own question.

1783
How do we control web page caching, across all browsers?
5389
What is the maximum length of a URL in different browsers?
5984
What is the difference between POST and PUT in HTTP?
1456
How do I make a redirect in PHP?
2723
HTTP GET with request body
1654
HTTP status code for update and delete?
2070
How to use java.net.URLConnection to fire and handle HTTP requests
1359
Custom HTTP headers : naming conventions
1654
How are parameters sent in an HTTP POST request?
1510
Android 8: Cleartext HTTP traffic not permitted