I'm trying to get a Python 3 program to do some manipulations with a text file filled with information. However, when trying to read the file I get the following error:

The file in question is not using the CP1252 encoding. It's using another encoding. Which one you have to figure out yourself. Common ones are Latin-1 and UTF-8. Since 0x90 doesn't actually mean anything in Latin-1, UTF-8 (where 0x90 is a continuation byte) is more likely.

You specify the encoding when you open the file:

Alternatively, if you don't need to decode the file, such as uploading the file to a website, use:

As an extension to @LennartRegebro's answer:

If you can't tell what encoding your file uses and the solution above does not work (it's not utf8) and you found yourself merely guessing - there are online tools that you could use to identify what encoding that is. They aren't perfect but usually work just fine. After you figure out the encoding you should be able to use solution above.

A quite popular text editor Sublime Text has a command to display encoding if it has been set... 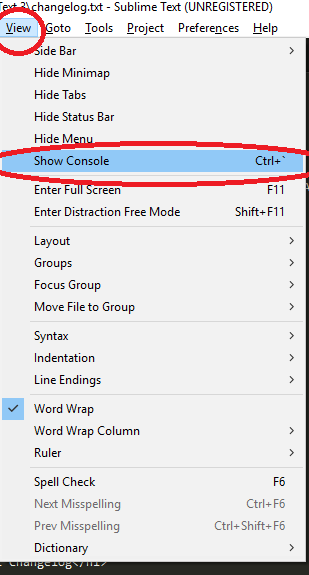 Why? When one uses:

Python assumes the file uses the same codepage as current environment (cp1252 in case of the opening post) and tries to decode it to its own default UTF-8. If the file contains characters of values not defined in this codepage (like 0x90) we get UnicodeDecodeError. Sometimes we don't know the encoding of the file, sometimes the file's encoding may be unhandled by Python (like e.g. cp790), sometimes the file can contain mixed encodings.

If such characters are unneeded, one may decide to replace them by question marks, with:

Another workaround is to use:

The characters are then left intact, but other errors will be masked too.

A very good solution is to specify the encoding, yet not any encoding (like cp1252), but the one which has ALL characters defined (like cp437):

Codepage 437 is the original DOS encoding. All codes are defined, so there are no errors while reading the file, no errors are masked out, the characters are preserved (not quite left intact but still distinguishable).

Stop wasting your time, just add the following encoding="cp437" and errors='ignore' to your code in both read and write:

For those working in Anaconda in Windows, I had the same problem. Notepad++ help me to solve it.

Open the file in Notepad++. In the bottom right it will tell you the current file encoding. In the top menu, next to "View" locate "Encoding". In "Encoding" go to "character sets" and there with patiente look for the enconding that you need. In my case the encoding "Windows-1252" was found under "Western European"

Before you apply the suggested solution, you can check what is the Unicode character that appeared in your file (and in the error log), in this case 0x90: https://unicodelookup.com/#0x90/1 (or directly at Unicode Consortium site http://www.unicode.org/charts/ by searching 0x0090)

and then consider removing it from the file.

for me encoding with utf16 worked

In the newer version of Python (starting with 3.7), you can add the interpreter option -Xutf8, which should fix your problem. If you use Pycharm, just got to Run > Edit configurations (in tab Configuration change value in field Interpreter options to -Xutf8).

Or, equivalently, you can just set the environmental variable PYTHONUTF8 to 1.

for me changing the Mysql character encoding the same as my code helped to sort out the solution. photo=open('pic3.png',encoding=latin1)

Not the answer you're looking for? Browse other questions tagged python python-3.x unicode file-io decode or ask your own question.