I have two scenarios. Suppose I have 3 shared libraries that export C++ symbols, each built with VS7.1, VS8, and VS9. I compile all 3 in VS9. For some reason, this works. I do not need to recompile the first 2 libraries in VS9 for VS9 linker to successfully find the symbols and link against them.

Now, if I have a library that only exports symbols using C syntax (extern "C"), is this the same? I've heard people say that the ABI for C is standardized, so there is somewhat of a guarantee that you can use a C library compiled in Visual Studio 8 in all versions of Visual Studio.

Basically, the combination of all of these things is confusing. I'm not sure of what guarantees I have between linking against both C++ and C based shared libraries (using their corresponding import libraries) between different versions of Visual Studio. I'd like to hear the general consensus on both forward/backward compatibility of both C AND C++ import or static libraries on any other version of Visual Studio.

The reason this has come up for me is because there are closed-source libraries I'm using that were compiled in Visual Studio .NET 2003 (VS7.1). My team thinks that this locks us to the VS 7.1 compiler, however I've gone out and tested these libraries in both VS8 and VS9, even VS2010 and they link just fine. However, I'm not sure of the inherent danger in this. Note that the library in question has a C variant and a C++ variant. Basically, the C variant is standard-C exports, and the C++ library is an abstraction over the C library and exports classes. 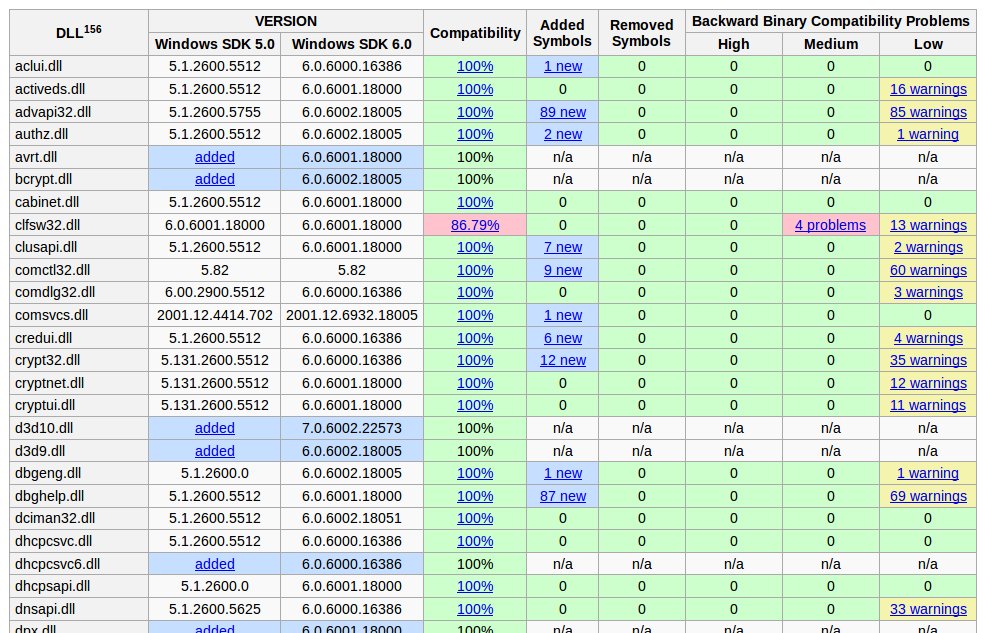 Basically, your team seems to be right - you will be locked in the same major version of the compiler that was used to compile your library.

Not the answer you're looking for? Browse other questions tagged c++ c visual-studio binary-compatibility abi or ask your own question.

10
Use C++ DLLs from the same VS compiled at different times/teams - ABI compatibility?
6
ABI-Compatibility of visual studio c-libraries
1
How do I compile a C project in Visual Studio 6 without it needing LIBCD.lib?