What is the difference between Digest and Basic Authentication?

What is the difference between Digest and Basic Authentication ?

Digest Authentication communicates credentials in an encrypted form by applying a hash function to: the username, the password, a server supplied nonce value, the HTTP method and the requested URI.

Therefore, Basic Authentication should generally only be used where transport layer security is provided such as https.

Basic Authentication uses base64 encoding(not encryption) for generating our cryptographic string which contains the information of username and password. HTTP Basic doesn’t need to be implemented over SSL, but if you don’t, it isn’t secure at all. So I’m not even going to entertain the idea of using it without.

In Summary – if you have control of the clients, or can ensure they use SSL, HTTP Basic is a good choice. The slowness of the SSL can be cancelled out by the speed of only making one request

In Summary, HTTP Digest is inherently vulnerable to at least two attacks, whereas a server using strong encryption for passwords with HTTP Basic over SSL is less likely to share these vulnerabilities.

If you don’t have control over your clients however they could attempt to perform Basic authentication without SSL, which is much less secure than Digest.

In Postman looks as follows: 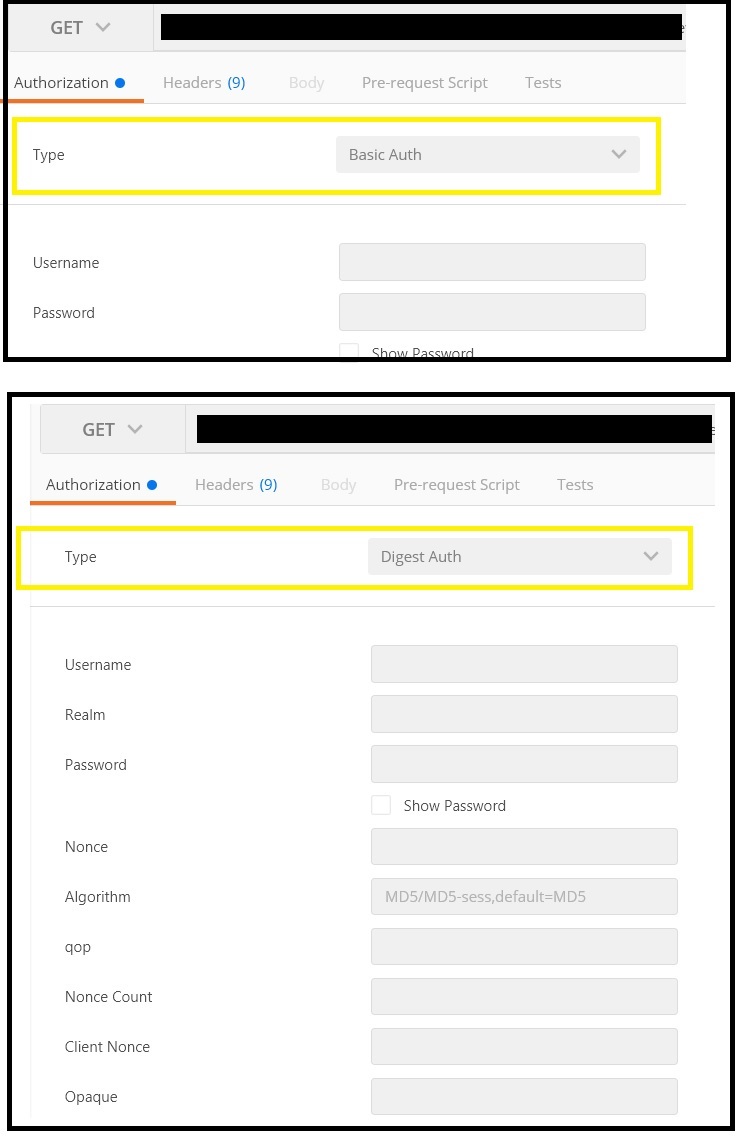 Let us see the difference between the two HTTP authentication using Wireshark (Tool to analyse packets sent or received) .

As soon as the client types in the correct username:password,as requested by the Web-server, the Web-Server checks in the Database if the credentials are correct and gives the access to the resource .

Here is how the packets are sent and received :

In the first packet the Client fill the credentials using the POST method at the resource - lab/webapp/basicauth .In return the server replies back with http response code 200 ok ,i.e, the username:password were correct .

Now , In the Authorization header it shows that it is Basic Authorization followed by some random string .This String is the encoded (Base64) version of the credentials admin:aadd (including colon ) .

So far we have seen that the Basic Authentication sends username:password in plaintext over the network .But the Digest Auth sends a HASH of the Password using Hash algorithm.

Here are packets showing the requests made by the client and response from the server .

As soon as the client types the credentials requested by the server , the Password is converted to a response using an algorithm and then is sent to the server , If the server Database has same response as given by the client the server gives the access to the resource , otherwise a 401 error .

In the above Authorization , the response string is calculated using the values of Username,Realm,Password,http-method,URI and Nonce as shown in the image : 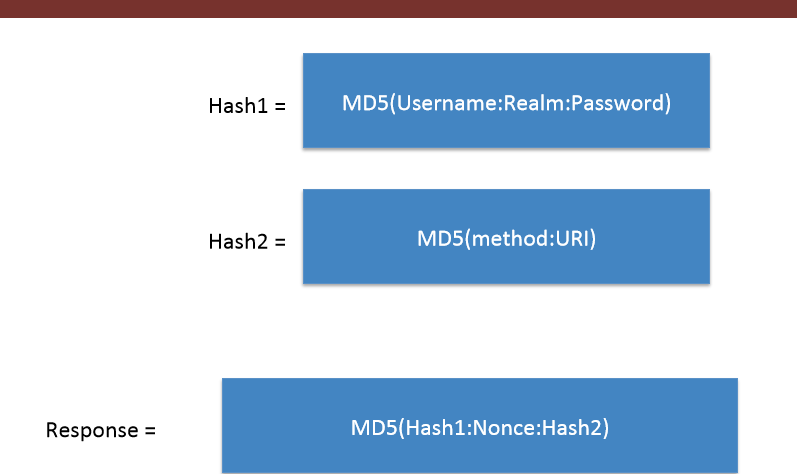 Hence , we can see that the Digest Authentication is more Secure as it involve Hashing (MD5 encryption) , So the packet sniffer tools cannot sniff the Password although in Basic Auth the exact Password was shown on Wireshark.

Basic Authentication use base 64 Encoding for generating cryptographic string which contains the information of username and password.