Note ': You can also use a comma in the log method, then the first line of the output will be the string and after that, the object will be rendered: 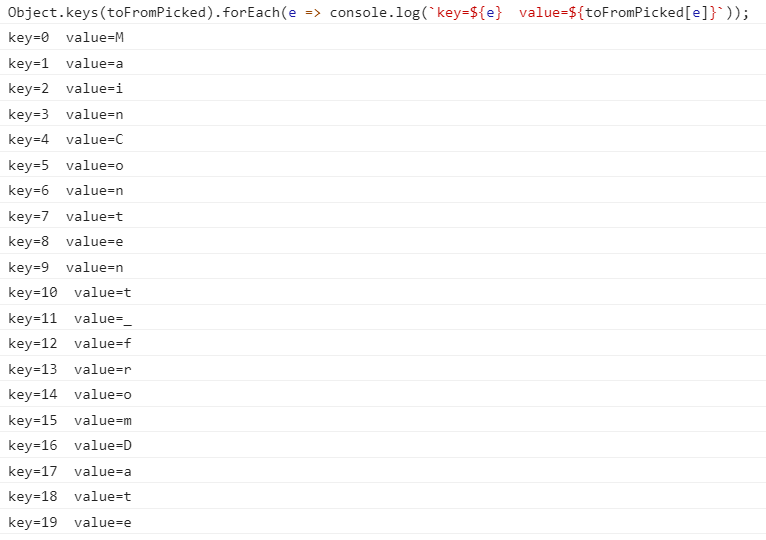 If you're looking for an inliner for Node.js...

The console.log() does a great job of debugging objects, but if you are looking to print the object to the page content, here's the simplest way that I've come up with to mimic the functionality of PHP's print_r(). A lot these other answers want to reinvent the wheel, but between JavaScript's JSON.stringify() and HTML's <pre> tag, you get exactly what you are looking for.

463
Print content of JavaScript object?
7
show the actual [object Object] in javascript
5
Mongoosejs .find returning whole model instead of document
3
Run python script with a button from my website
4
Why the additional properties of "String#match / RegExp#exec" are not in the returned result?
3
how to display data with javascript [object]
0
Angular 8 Show HTTP response with the right data. ([object Object])
2
$lookup result shows [object Object]
1
print/alert array in javascript
0
When doing console.log in a function I'm getting "[object Object]"
See more linked questions