I have a good basis on Evolutionary Algorithms, so now i started to read about Artificial Neural Networks. I come across this tutorial on http://www.ai-junkie.com/ann/evolved/nnt2.html, showing how to use a ANN to evolve Tanks that collect mines. It uses a GA to evolve the input weights on each Neuron.

I know i could use GA (without the ANN) to solve the same problem. I already created a Tetris Bot using only GA to optimize the weights in the grid evaluation function (check my blog http://www.bitsrandomicos.blogspot.com.br/).

My question is: what's the conceptual/practical difference between using a ANN + GA in a situation where i could use GA alone? I mean, is my Tetris Bot a ANN?(I don't think so).

There are several related questions about this, but i couldn't find a answer:

Are evolutionary algorithms and neural networks used in the same domains?

When to use Genetic Algorithms vs. when to use Neural Networks?

artificial-intelligence neural-network genetic-algorithm
share | improve this question | |
edited May 23 '17 at 11:45

A genetic algorithm is an optimization algorithm.

In supervised learning a derivative-free optimization algorithm like a genetic algorithm is slower than most of the optimization algorithms that use gradient information. Thus, it only makes sense to evolve neural networks with genetic algorithms in reinforcement learning. This is known as "neuroevolution". The advantage of neural networks like multilayer perceptrons in this setup is that they can approximate any function with arbitrary precision when they have a suffficient number of hidden nodes.

When you create a tetris bot you do not necessarily have to use an ANN as a function approximator. But you need some kind of function approximator to represent your bot's policy. I guess it was just simpler than an ANN. But when you want to create a complex nonlinear policy you could do that e. g. with an ANN.

alfa's answer is perfect. Here is just an image to illustrate what he said: 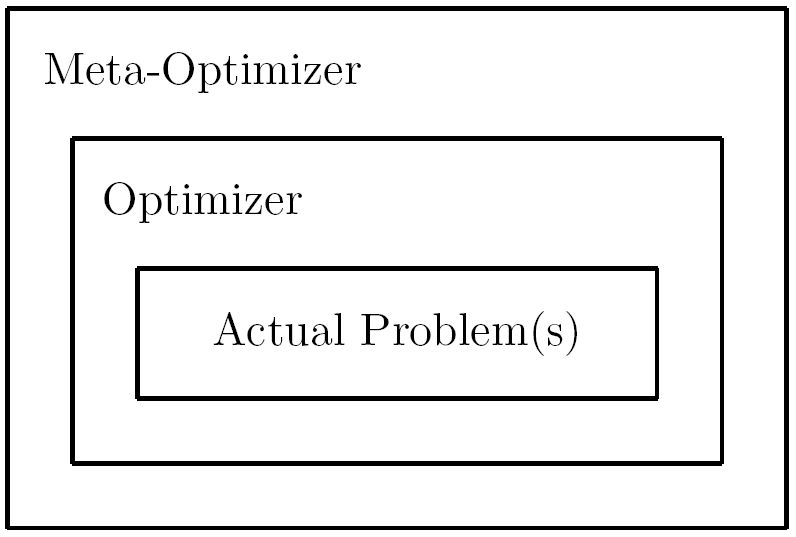 Meta-Optimizer = None (but could be)
Optimizer = Genetic Algorithm
Problem = Tetris Bot (e.g. ANN)

You use evolutionary algorithm if you yet don't know the answer but you are able to somehow rate candidates and provide meaningful mutations.

Neural network is great if you already have answers (and inputs) and you want to "train the computer" so it can "guess" the answers for unknown inputs. Also, you don't have to think a lot about the problem, the network will figure it out by itself.

I'm not an expert, but based on what I know from the field..

An artificial neural network has a basis on neuroscience ultimately. It attempts to simulate/model its behavior through building a neuron-like structures in the algorithm. There is a strong emphasis on the academic nature of the problem than the result. From what I understand, its for this reason that ANN's are not very popular from an engineering standpoint. Statistical basis of machine learning (HMM's and Bayesian networks) produce better results.

In short, so as long as it has a nod towards some underlying neurosciency subject, it can be a ANN, even if it uses some form of GA.

If you use a GA, it is not necessarily an ANN.

Not the answer you're looking for? Browse other questions tagged artificial-intelligence neural-network genetic-algorithm or ask your own question.