I have an android device (Samsung galaxy tab) connected to my PC via USB .

I want to use WebServices and run a web page which is located on my local xampp server of my PC on my android device .

I can achieve it if I have both , my PC and android device , connected on the same wireless network .

However is it possible to access the localhost page without any wireless connection , using only USB connection .

(PS : This same scenario works when I run the app on an emulator and use the ip 10.0.2.2 to access the localhost on my PC)

I finally solved this problem. I used Samsung Galaxy S with Froyo. The "port" below is the same port what you use for the emulator (10.0.2.2:port). What I did:

It should now work.

Google posted a solution for this kind of problem here.

I've read numerous forums and tried play apps but not found a solution until now.

My scenario I believe is similar to yours, but I will clarify to help others. I have a locally hosted website and web services to be used by my android application. I need to have this working on the road for demonstration with only my laptop and no network connection.

Note: Using my iPhone as a wifi hotspot and connecting both my pc and my android device worked, but the iPhone 4S connection is slow and dropped out regularly.

My solution is as follows:

Here is a piece of my Android app's code:

This app is able to communicate with a HTTP get-post model between a servlet running on a server and an Android device plugged in USB-Debuggable mode (because the app was in developing progress).

I also can run the app over Wi-Fi when the server, Tomcat Apache 7, running on (when the app development was finished).

To get the IP address of yours

I did this on a windows computer and it worked perfectly!

Turn on USB Tethering in your mobile. Type ipconfig in the command prompt in your computer and find the ipv4 for "ethernet adapter local area connection x" (mostly the first one) Now go to your mobile browser, type that ipv4 with the port number of your web application. eg:- 192.168.40.142:1342

It worked with those simple steps!

Check for the USB connection type options. You should have one called "Internet pass through". That will let your phone use the same connection as your PC.

I very much liked John's answer, but I'd like to give it with some changes to those that want to test some client//server configuration by running a client TCP on the USB connected Mobile and a server on the local PC.

First it's quite obvious that the 10.0.2.2 won't work because this is a REAL hardware mobile and not a simulator.

Connecting android phone via USB cable and accessing http server on the Computer.

Now that things work, every time you unplug the cable and plug it back in, your IP will change. And if you are using it somewhere like inside a code, you'll have to update it every time! Solution I've come up with is to set the IP to static. 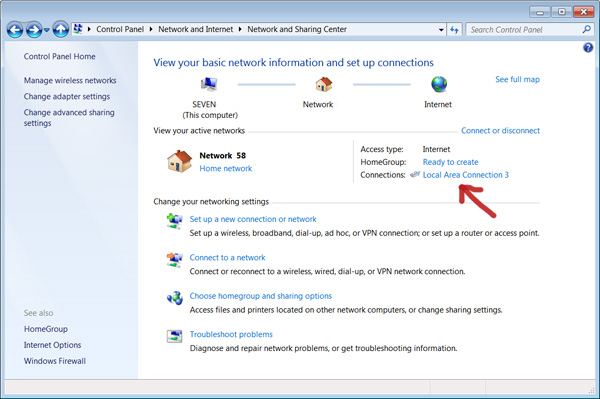 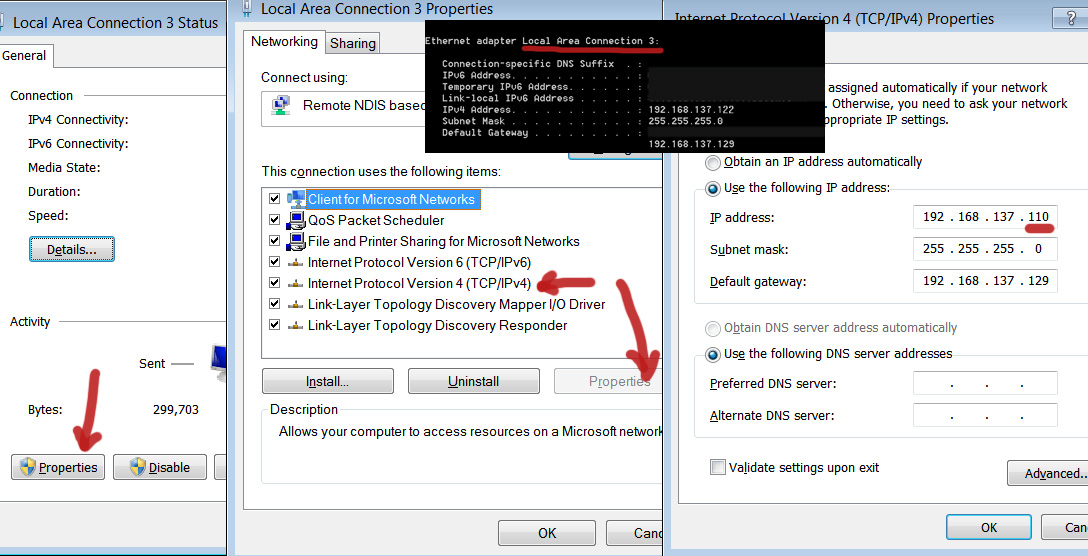 That IP will be your new fixed/static IP and it will remain the same next time you plug the phone.