I have text column with numeric values separated by semicolons. I'm trying to figure out how to get the most frequent pair of values that appeared together in the same row. I've found a solution for a very similar problem in Python Finding the most frequent occurrences of pairs in a list of lists, but I don't know how to rewrite it in using SQL In example below it returns 2 and 3 because this pair appeared 3 times in the input set: 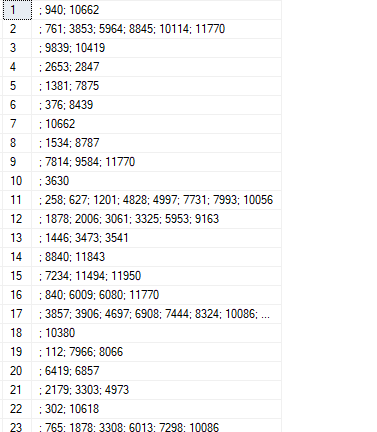