I have the following problem:

The base class expects to receive some data but the data is initialized by the derived class constructor which in C# is called after the base constructor was called.

Context / What I'm trying to solve:

Let's call the base class Track, its role is to build a mesh that represents a track for a video game.

The derived classes, e.g. Track1 each fetch track data from a particular file format, with significant differences that forbids implementing the whole code in base class Track.

Think more of less of it being an IPicture interface that can load from different formats, e.g. BMP, JPEG, and return the whole thing as an abstraction.

The problem I am facing:

How can I run some code in derived class constructor first, so I can pass the result to the base constructor ?

Following @Kit answer here's how I ended up doing and it's just fine: 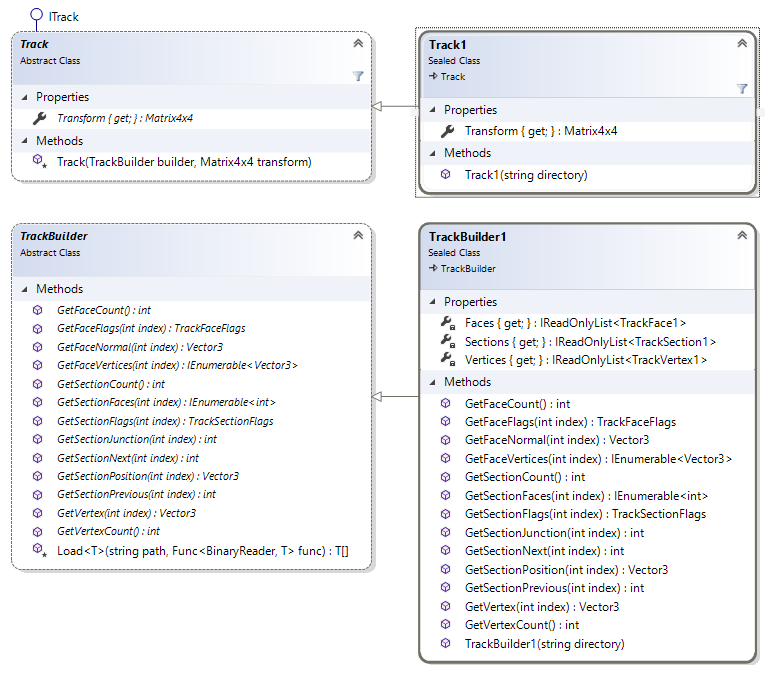 Ironically, it ended up being a C-like API :)