My current situation is that I've got 2 separate Angular Kendo-UI Projects. One is a Validator (Log-in) and the second one is a Grid. Those 2 Projects work fine when I start their Server separately.

BUT I want to run them at once, as I need them to work as ONE Project, which is running on the SAME port.

My Grid is accessable through a button, on the Validator website. But the Grid won't load if I don't start it separately on another port in the Angular CLI. Both of them are included in the same Folder and I want to build/prod them later but I can not move on as long as my current problem is not fixed.

I can not choose an alternative way, because I will need to work on them later and I want to have the possibility to update/fix them separately. 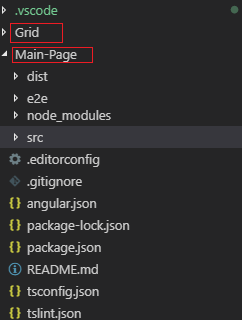 I have thought about to simply re-create the Grid inside of the files of the Validator, but then I can not work on them separately, because one won't work without the other...

Is their a solution, or something I don't know about? because I can't imagine that you have the abillity to create multiple projects, but you can't run them on the same server at once.