CSS (Cascading Style Sheets) is a representation style sheet language used for describing the look and formatting of HTML (HyperText Markup Language), XML (Extensible Markup Language) documents and SVG elements including (but not limited to) colors, layout, fonts, and animations. It also describes how elements should be rendered on screen, on paper, in speech, or on other media. 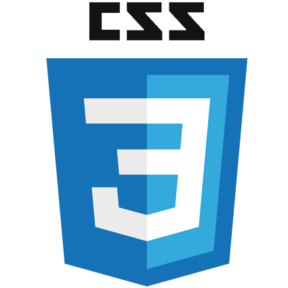 CSS, or Cascading Style Sheets, is a language used to control the visual presentation of documents written in a markup language, including HTML, XML, XHTML, SVG, and XUL.

The visual presentation of HTML was originally defined by HTML attributes, but HTML 4 deprecated these attributes as CSS was introduced to separate the control of the visual presentation from content. In October 1994, Håkon Wium Lie first proposed Cascading HTML Style Sheets while working at CERN with Sir Tim Berners-Lee, who had been developing a web browser and inventing HTML.

A basic CSS document is made of rule sets. Each rule set starts with a selector, a pattern that matches elements in a HTML or XML document, and is followed by a block of zero or more property declarations that define the presentation of the matching elements. The selector is quasi-identical to the selector used by Javascript's .querySelectorAll. For example:

The simple example above also illustrates the cascading element of CSS. When you hover over a link (i.e., an <a> element) in an HTML page with this style sheet applied to it, both rules apply. Because of the first rule, the link will have a pink background. But, since the a:hover selector is more specific, its color and text-decoration properties override those from the <a> rule-set.

The cascading order defines how specificity and other factors determine which property value is applied to an element.

Each component of a CSS selector can be based on one or more of four possible attributes of an HTML element:

In the above example, the text color of the content of the <a> element, the string "Sample", will be green.

Here, the repeated selector has higher specificity than the singular selector, and the font-weight of our sample string will be bold.

Complex selectors can be created by joining multiple simple ones together. It is also possible to style elements depending on an attribute:

A CSS rule specificity calculator is available here. It may help when a project has one or multiple large CSS files.

Inheritance is a key feature in CSS.

It is worth noting that any property can be inherited by using the inherit property value. This should be used with care, however, since Internet Explorer (up to and including version 7) doesn’t support this keyword. As an example:

For questions related to CSS, try to demonstrate your code in a reproducible manner using either Stack Exchange's Stack Snippets or alternatively any online editor that allows running and sharing code such as JS Bin, JSFiddle or CodePen (though be sure to always include relevant code in the question).

The following currently have very little (if any) browser support and are still a work in-progress:

Chat about CSS (and HTML / DOM) with other Stack Overflow users:

Without changing html make it look like a `table`

How to change order of elements when device is mobile