DST is the tag for Daylight Saving Time issues. DST, also known as summer time, starts when a time zone shifts its clocks forward (in the spring), and ends when the clocks shift back (in the fall).

Daylight saving time is sometimes called "Summer Time", as time is changed during the summer as compared to the rest of the year. Keep in mind that the northern and southern hemispheres observe summer at different times.

Also, sometimes the term is erroneously called "daylight savings time", or just "daylight savings". Neither term is correct. There is no "s". Another erroneous term is "Day Light Savings" (or "DLS"), which is incorrect because "daylight" is a single word. All of these terms should be avoided.

To illustrate the effects of DST, consider the following graphs. These represent the daylight saving time transitions for the US Pacific time zone. 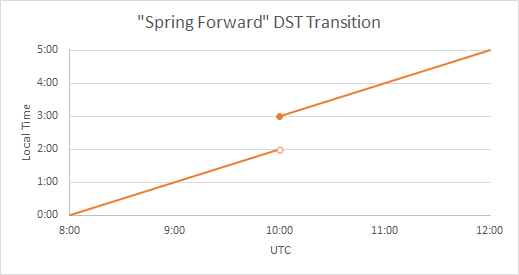 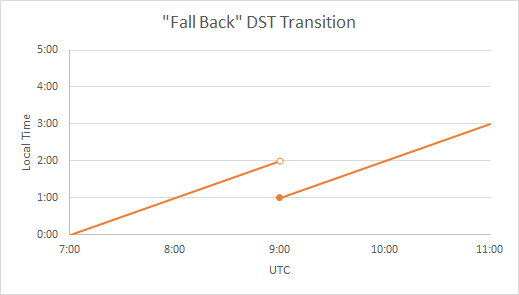 These graphs also demonstrate the mathematical behaviors of the transitions: