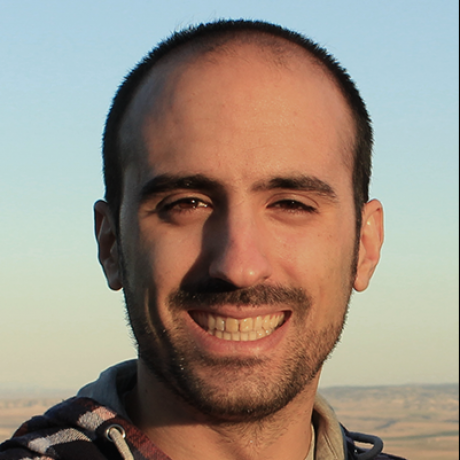 Victor Goñi received his M.S. degree in Telecommunication Engeneering from the Public University of Navarra, Pamplona, Spain, in 2010. He spent an internship course at the Monterrey Institute of Technology and Higher Education, Mexico, during 2009, as a complement of his Engineer degree. He wrote his final Master Thesis at Vicomtech-IK4, San Sebastian, Spain, under the title of "Peripheral Evaluation for Virtual Environment Control", which received an A grade. Since then, he is working in the 3D Animation and Interactive Virtual Environments Department of Vicomtech-IK4 as a research assistant. He has developed a deep interest in science, programming and scientific research, especially in algorithm efficiency, real-time complex calculation and optimization. He is also interested in graphic engines and sensor data filtering and processing for electronic devices. He is specialized in code developement on mobile platforms. Also he is interested in resurrect tiranosaurios rex. My goal to achieve is to be a developer/architect that writes C++ like musicians compose music and songs.