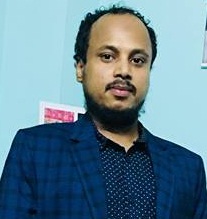 Rubel is an enthusiastic software engineer involved in software development professionally since 2009. Solved about 100 ACM problems earlier in the academic period and also developed few software systems of his own interest during that time. After commencing his professional career back in 2009, he worked in VB.NET for significant amount of time and developed windows applications.

After working on VB.NET for more than 2 years then he started developing web applications in Asp.Net MVC framework using some cutting edge technologies. To develop web application in .Net framework he has used C# language at the back end.

63 Showing a Context Menu for an item in a ListView Nov 18 '12
21 Jquery: How to clear an element before appending new content? Dec 11 '12
11 How do you change the default homepage in a Grails application? Jun 27 '13
7 How to create a .gitignore file Feb 20 '15
6 Add a Key Value Pair to an array of objects in javascript? Mar 21 '16
6 How to populate <form:select> with List<String>? Mar 3 '13
6 Zip complete folder using System.IO.Compression Dec 8 '13
4 Dynamically calling a SQL Server stored procedure from a C# application Aug 5 '18
4 Difference between form1.cs, form1.designer.cs and program.cs in c# Jan 8 '14
2 ASP.NET Session State not working in Web.config as well as Global.asax Jan 13 '14
View all questions and answers →