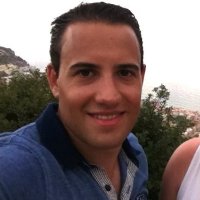 João is a talented Software Engineer with 10+ years of experience working on the field. He has always worked very closely with clients, doing analysis and requirements elicitation, and over time he has gained an innate skill to solve business needs using software.

Since the beginning of his career João has specialised mainly on server side solutions, but his curiosity and eagerness to learn, quickly pushed him to explore all the angles of an application. This has enabled him to be as proficient on the frontend, as he is on the backend. He is also experienced on DevOps work using technologies such as Kubernetes, Docker, Shell Script and Jenkins Pipelines.

João will often be seen as a front line leader, who can influence decisions without imposing his own opinions and who likes to empower other teammates in order to achieve cohesive teams. With a strong theoretical and practical background, he likes to drive and participate on architectural decisions. On the past 3 years, he has been focused in Java/JVM-based applications using Spark, Spring Boot and Dropwizard, SPAs using ReactJS, Redux, ReactiveX and Angular, and also NodeJS with Typescript. His personal objectives are to deepen his knowledges in Functional Programming using TypeScript, ReactiveX RxJS, Linux CGroups, 12 factor applications and learn more about React Native Applications.

He holds a MSc in Computer Science Engineering with a Major in Embedded Systems from the University of Lisbon. On his spare time he likes to explore the capabilities of a small MCU, called ESP32 for home automation applications.

Craftsman and Signer of: http://manifesto.softwarecraftsmanship.org/

All Questions Answers
Votes Newest
17 Entity Framework - “An error occurred while updating the entries. See the inner exception for details” Jun 13 '14
15 Difference between accessor property and data property in ECMAScript? Apr 12 '15
9 Excluding tests from being run in IntellIJ Jun 19 '18
8 What is the minimum height of a textarea in CSS Jan 5 '14
7 how to define a connection string using an app.config file in C# Jan 1 '14
6 a href link that will act like a button Jan 2 '14
5 DCOM Config settings for Microsoft Interop Word Automation Jun 6 '14
5 C# / EmguCV - Convert an uploaded HttpPostedFileBase to a Emgu.CV.Mat Jun 12 '14
4 How to invoke REST Webservice from the javascript by Preflight Request? Dec 30 '13
4 Does IIS7 cache video(mp4/wmv) files? Jun 12 '14
View all questions and answers →