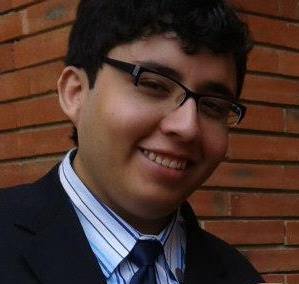 Software developer by trade and just because I like programming.

Experienced and well-versed in Python, which I really like, and JavaScript, which I like as a language but think its ecosystem needs improvement. I've also been working with Bash for a while now.

I've worked with PostgreSQL for storage in an application I built from the ground up. I've also dabbled in MongoDB a bit for fun.

As mentioned above on Bash, I like working with shell scripts and operations in general. As such, I also used Docker for development and deployment of applications and am learning Ansible for orchestration.

All Questions Answers
Votes Newest
10 Flask-SQLAlchemy-Marshmallow Nesting Jun 13 '17
9 Readonly form field in edit view - Flask-Admin Jul 4 '18
6 Vuejs in production: prefix static path Jul 25 '17
6 Add active class to child element Jun 21 '17
6 [Vue warn]: Property or method “v” is not defined on the instance but referenced during render Jun 13 '17
5 Vue doesn't update DOM upon 'indirectly' changing the value of an expression Jun 26 '18
5 Google OAuth with Flask-Dance (always redirect to “choose account” google page) Apr 15 '18
5 Calling a javascript function inside a vue component file Jun 25 '17
5 How to use plugins like vue-resource when using Vue.js with Typescript? Jun 18 '17
4 In a flask application, how can I redirect to a new page during ajax post based on condition discovered in view? Jun 21 '17
View all questions and answers →