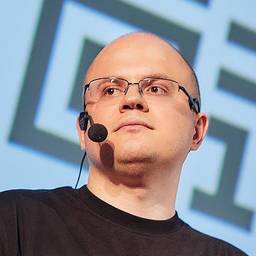 “Yeah, people say you have a lot of passion for what you’re doing, and it’s totally true and the reason is because it’s so hard that if you don’t any rational person would give up.

It’s really hard and you have to do it over a sustained period of time. So if you don’t love it, if you’re not having fun doing it, if you don’t really love it, you’re going to give up.

And that’s what happens to most people, actually.If you really look at the ones that ended up being successful in the eyes of society, and the ones who didn’t, often times it’s the ones that are successful love what they did so they could persevere, you know, when it got really tough.

And the ones that didn’t love it, quit. Because they’re sane, right? Who would want to put up with this stuff if you don’t love it?