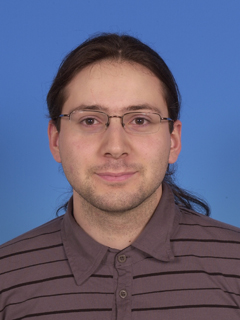 As a physicist and engineer, I mainly built tools for data analysis and Monte Carlo simulation. Some of them eventually reached the point where you start to wonder whether the stuff should be called tool, software or framework. C++ was an obvious choice for its performance and the libraries (Geant4 and Root where for instance mandatory at some points). I also wrote a lot of Perl for data management and some Python for what I pompously call "meta-analysis", which is only gluing together the results of long C++ analysis made on a distant farm in a reasonable number of plots.

All Questions Answers
Votes Newest
3 AttributeError in accessing column in a dataframe to verify dtype through a for loop Jun 10 '19
3 Testing User Input - Python May 28 '19
3 Derived class from Template argument doesn't have protected member access May 10 '19
3 differences between users even after using Pipfile and Pipfile.lock with explicit versions May 9 '19
2 How to extract all variable and their value from a python script with location like “C:\\Users\\SomeFolder\\PythonFile.py”? Jun 5 '19
2 Convert pandas dataframe to dict to JSON, unflatten nested subkeys, drop None/NaN keys May 10 '19
2 Cout starts printing at start of line when given a string May 18 '17
2 Template class with method depending on template parameter Apr 4 '17
1 With Python ruamel.yaml, lost anchor when loading in round-trip mode? Nov 20 '18
1 Spyder IDE working fine, then crashed and won't load back up Apr 28 '17
View all questions and answers →