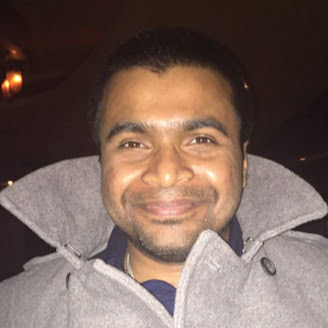 Mani Sarkar is a passionate developer mainly in the Java/JVM space, currently strengthening teams and helping them accelerate when working with small teams and startups.

A Java Champion, Craftsman, JCP Member, OpenJDK contributor, thought leader in the LJC and other developer communities, and involved with @adoptopenjdk, @graalvm and other F/OSS projects. Writes code, not just in Java/JVM but in other programming languages, hence likes to call himself a polyglot developer. He sees himself working in the areas of core Java, JVM, JDK, Hotspot, Graal, GraalVM, Truffle, VMs, and Performance Tuning.

An advocate of a number of agile and software craftsmanship practices and a regular at many talks, conferences (Devoxx, VoxxedDays) and hands-on-workshops – speaks, participates, organises and helps out at many of them. Expresses his thoughts often via blog posts (on his own blog site, DZone, Medium and other third-party sites), and microblogs (tweets).

All Questions Answers
Votes Newest
2 How to find out more about the Cloud TPU device you are running your programs against? Nov 13 '18
1 InvalidArgumentError: Unsuccessful TensorSliceReader constructor: Failed to get matching files … File system scheme '[local]' not implemented Dec 14 '18
1 Google colab: No module named pytextrank can be found (worked previously with the same notebook) Jul 25 '19
1 Code signing macosx media type: unclear what Install4J does to a .tgz (.tar.gz) file Oct 9 '17
1 My quarkus runner jar always starts in blocking mode Oct 15 '19
1 Apply Quarkus to non-maven, non-gradle Java projects Oct 15 '19
1 Is there a cookiecutter fork that generates a project template for CircleCI (instead of TravisCI)? Oct 9 '19
1 MacOSX installer created using Install4J different from standard app bundle Oct 18 '17
0 [native-image][build-time] Error: substitution target for io.quarkus.runtime.graal.QuarkusReplacement$GenMain Oct 10 '19
0 TPU throws error when trying to initiliase and setup, and then later during tf.keras model building Jun 7
View all questions and answers →