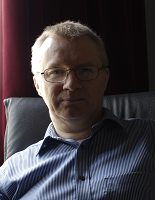 Consultant Engineer
Developing code since the early 1980s, first in assembler and CORAL 66, later in Ada and C. Started in the real-time firmware world, moved to Windows development in 1992. Currently specialising in server-side code and IP comms for the PERS market.