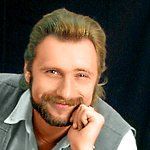 I started learning computer programming in late 80s and it ran smoothly – I won twice a national contest. In early 90s I worked a few years as a software engineer, then lectured informatics. After, I switched to hardware and was busy as network engineer. Back then I began publishing in national newspapers and magazines. In late 90s I started as web-developer. Since that I worked as lead web-developer for stc. Atlas, then for Red Graphic Systems. Currently I am a senior web-developer at Crytek GmbH.

My very first Open Source contribution was BCWB – an XSLT-based CMS in 2004. Since that time I have been contributing quite a lot. You can find my latest works at https://github.com/dsheiko

Over the last few years I’ve been creating Node.js desktop applications with NW.js / Electron. My first projects were made with JavaScript/Backbone, but the latest with TypeScript/React/Redux.