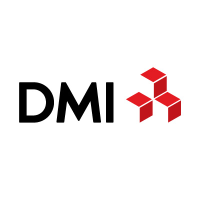 I am part of the App Dev group within the Digital Transformation Solutions branch based in Indianapolis, Indiana. I work remotely from Montana. DMI is a global software consulting agency with expertise in mobile strategy, UX, web and app development, omni-channel commerce, brand and marketing, IoT and big data analytics, and secure device and app management.

I'm part of an agile development team working on customer and internal facing features which help users process and manage flood insurance applications, policies, and claims. I work closely with others and independently and also regularly work with other developers, quality assurance analysts, business analysts, and stakeholders.

The full-stack development work ranges from using the Foundation Framework and LESS to style customer facing UIs, to creating web batch processes that operate over large batches of policies or user accounts, to a pilot Cordova mobile application using AngularJS.

Each sprint I also participate in regression and smoke testing and write unit tests to cut down on manual regression and to increase code coverage. Apart from that I am a thorough tester of my own tickets and have been told my tickets are "virtually bug free" by my manager (who doubles as a QA).

I task out my tickets, research them, speak with the appropriate parties (Devs, QA, BA, and Stakeholders) as necessary prior to coding and ask for code reviews regularly. While working at Torrent I've been told that I'm dependable, consistent, a deep thinker, and very calm. My competence and reliability are two of my biggest assets.

Some of the notable things I've done or have worked on include:

I completed a double major in Computer Science and History which focused on Japan studies. GPA 3.62

In my OpenGL course my partner and I created a small open world adventure game. Players could walk around in first-person mode to enter into a small cabin in the woods and explore the building.

In my iOS course I created a simple artillery game using Objective-C and physics calculations.

In my Networking course I used C to create simple client-server applications. We used Java for our final project which simulated data redundancy across three servers.

In my Software Engineering course we learned about design patterns such as the Strategy Pattern, the Observer Pattern, and the Singleton.

I also studied Japanese for five semesters as part of my history curriculum.

I completed an Associates of Science degree directed toward Computer Science and went on to Montana State University to continue my education.

I was first introduced to Java and C++.

A partner and I created a Pong game which used two pucks and used elastic collision physics equations in our Linear Algebra course.

I was first exposed to software concepts in high school through a very short stint with Visual Basic, HTML, and a half-year Oracle Academy course where I first started to learn about SQL.

I purchased my own web domain where I can develop my own ideas to try things out and learn. Building completely from scratch will allow me to learn a lot. While we use JS at work (a more or less custom framework, some jQuery, and a little backbone) I've never really played around with pure JS so I did that when building a prototype blackjack game in my spare time. I'm using CSS to create the cards and board and using media queries to scale them appropriately. I'm also using Bootstrap as the UI framework for the site overall and just recently posted my first steps into the Phaser.io game development framework (which a friend and I use for Game Jams). I'll continue to build out the site as time permits. 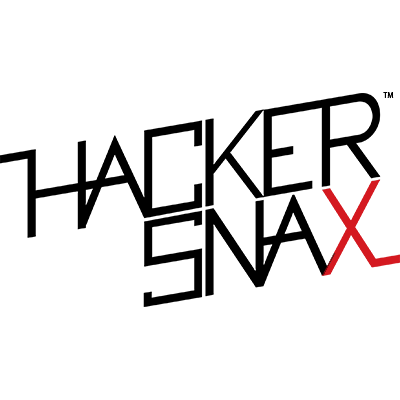 During the Glacier Startup Weekend 2014 one other developer and I quickly created a monthly subscription service called Hacker Snax--a box of snacks delivered to your door so busy late night "hackers" and startup "hustlers" can keep focus on what they're building. They get a healthy meal replacement and burst of energy without breaking concentration. We based it off of businesses like Candy Japan, Nature Box and Loot Crate. I helped with the front-end UI, logo design, wrote a couple blog posts for social media, took product photographs for marketing, and sold a few boxes to people I knew from work to gather feedback.

A group partner and I created a vocabulary learning website for our Computer Science senior capstone project. I utilized PHP, MySQL, and HTML to create a content management system. This let us manage vocabulary and images. I then connected that to my partner's HTML, CSS, and JavaScript front-end. The site used pictures and vocabulary to help with memory retention which was presented in a memory matching game with several levels of difficulty. It supported Japanese, Spanish, and English.

After graduating from college I looked for books which I could read to help learn more about software development. The Pragmatic Programmer is an influential book and recommended by many software developers. Just last year it was even recommended reading at work. With great concepts like Fixing Broken Windows, and Code Generators this book outlines a lot of great concepts for people in the software industry.

In college we read Head First Design Patterns. That was a conversationally written book which describes the patterns written in the classic Design Patterns book. I had been meaning to purchase the book sooner but recently at work it was recommended reading and I was able to finally pick up a copy. This book is a classic in software architecture and design. It's one of the essentials.

Again, this is another book I read after college. I hadn't had a lot of time with HTML and CSS prior to reading this. I was able to get an overview of the various elements and styles available to me as a developer and get more up to speed.

The Power of Habit

I'm always interested in ways to be more productive or ways to alter my habits. I heard about this book and knew I needed to get it. It's interesting to read about marketing and habit and how these can be used to generate sales of products. It's also interesting that habit triggers aren't necessarily going to change, but the actual events we act out of our habits can.

The War of Art

Again I was interested in learning of ways to be more productive. I am somewhat entrepreneurial at heart and have ideas for video games and businesses and would like to pursue them. This book has many short examples of breaking through "writers block" and becoming more productive and creative.

Brene Brown's TED talks are famous. Her insights on vulnerability and life affect everyone. After watching her talks I wanted more. Growing up pretty shy this book, and books and concepts like it, have helped me start to gain more confidence and see the world and vulnerability differently.

This was the first book recommended to me for reading once I started working right out of college. It goes over the history of the agile process and describes Scrum and how to implement it.

A travelogue of a man moving to Japan during the 90s for the booming economy and ending up joining the Tokyo Riot Police for an intense yearlong course in Aikido. If you like travel, Japan, or martial arts you should enjoy this one, but this is also just a good story about overcoming a difficult challenge in a foreign land. A friend at work was in an Aikido class and was reading this book. When he was done I picked it up to read and decided to join his class myself.

During the startup weekend event I attended this book was recommended by one of the mentors. It lists a framework for dividing equity in companies. Ultimately, if someone does the work or helps invest in the company in some way they get a piece of the pie. Those who do more get more.

"Soft Skills" are important in the work place and in life. Learning more about yourself and others and how emotions can drive us is important in navigating our world. This book lists many different techniques for becoming more aware of your and other peoples' emotions and how to handle them better.

Design should start early and be iterated upon often like all aspects of a project. Why spend tons of time coding a new feature and interface to only have to redo the work because you didn't do enough initial research? If you're making a new UI, sketch it out and work with the stakeholders early to get a rough idea on what they're looking for. As the new feature evolves do a few more fleshed out mock-ups until things all come together and you arrive at the finished product--and don't have to redo anything.

I first learned of Joel Spolsky when I was approaching graduating from college. If you're reading this on Stack Overflow I hope you've heard of him. :) I started reading his posts and felt I had found a great resource for learning more as a new software developer. He produced several books that I bought and read. This one is a collection of blog posts with some new content as well which discusses many things related to software development.

This is the second book that Joel produced with essays on software development from his blog. He's a great writer with lots of stories and information. Definitely check his work out if you haven't already.

I attended a Software Craftsmanship meetup in San Francisco and learned of this book from the organizer. Other books suggested, and next on my list, are Clean Code and Adaptive Code. I'm very interested in learning more about Software Craftsmanship and creating good habits for a career in software development.

This is a collection of essays written by Robert C. Martin and other notable software engineers on topics from naming, to unit tests, to error handling. Writing clean code helps engineers comprehend the code they maintain and develop. In doing so we are able to speed up our development times, reduce bugs, and save the company money overall.

I joined a local Aikido dojo in the Fall of 2014 and have since gained more self-confidence and a better understanding of being dedicated and consistent in life.