If I have N commits, how do I branch from the N-3 commit?

Or by using a symbolic reference:

To checkout the branch while creating it, use:

To do this on github.com:

The magic can be done by git reset.

From this moment on, all the latest x commits are only in the new branch, not in your previous working branch (master) any more.

If you are not sure which commit you want to branch from in advance you can check commits out and examine their code (see source, compile, test) by

once you find the commit you want to branch from you can do that from within the commit (i.e. without going back to the master first) just by creating a branch in the usual way:

This creates the branch with one command:

I prefer this way better than the ones published above, because it creates the branch immediately (does not require an extra push command afterwards). 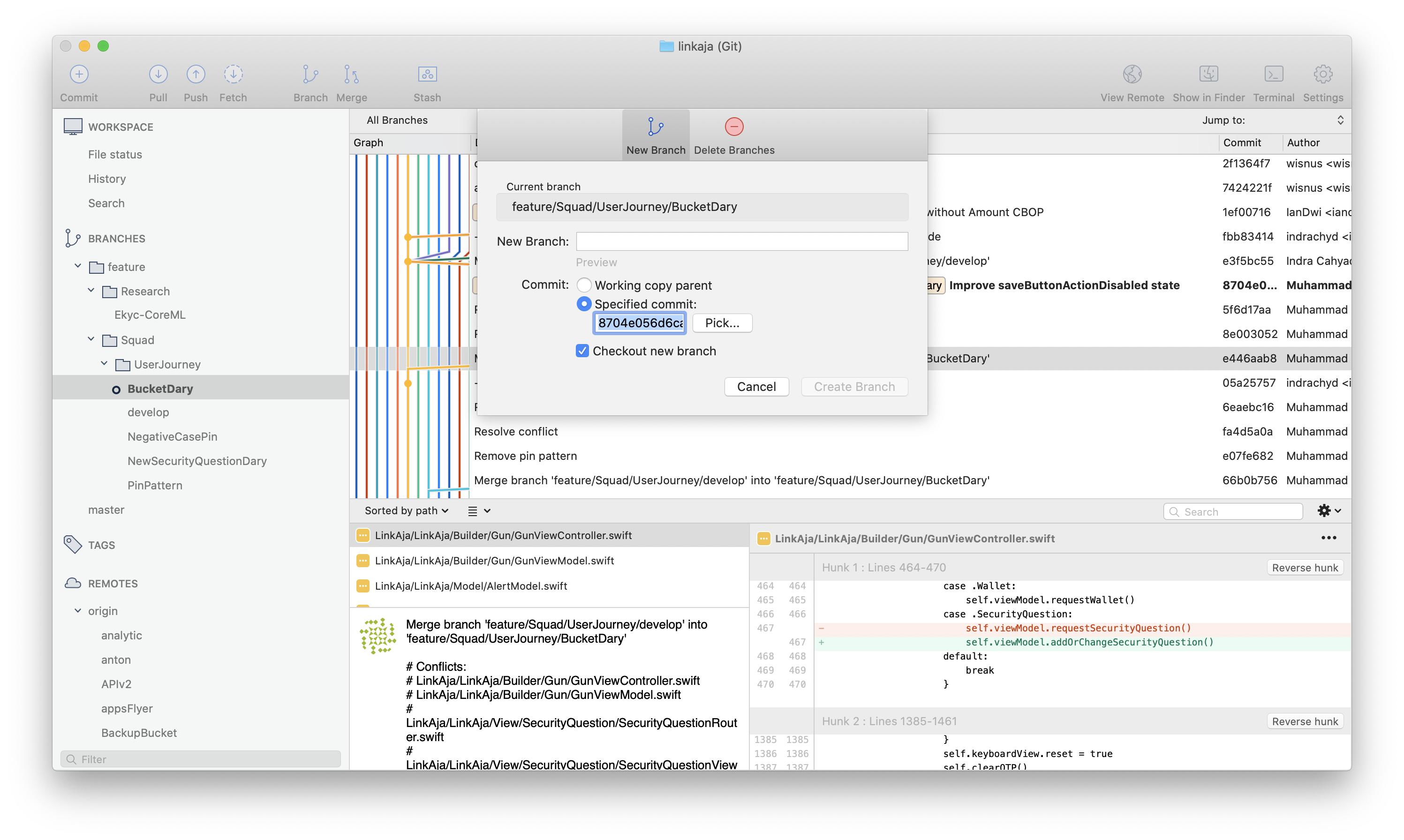 This is what I did:

A great related question is: How the heck do you figure this out using the --help option of git? Let's try this:

We see this output:

Search through the subsequent text for the word "commit". We find this:

Now, focus on this line of the gobbledegook:

Condense that to this:

A quick way to do it on your Github repo would be as followed:

To do this in Eclipse:

It will create a local branch for you. Then whenever you push your changes, your branch will be pushed to the remote server. 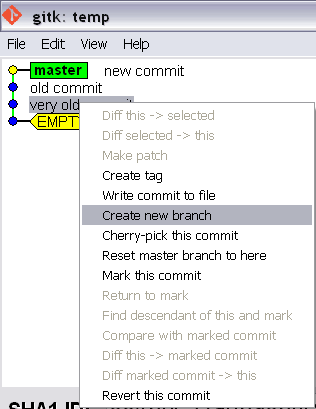 For Git GUI users you can visualize all the history (if necessary) and then right click on the commit you wish to branch from and enter the branch name. 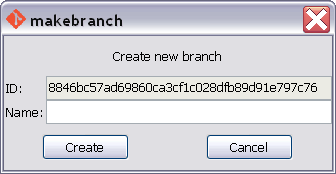 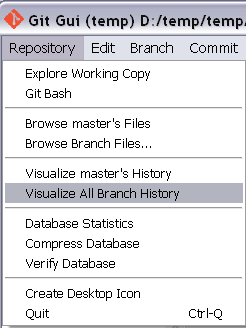 You can do it in Stash.

Where you must enter the skip value. 0 is the latest, 1 is the previous, 2 is the commit before that, etc.

Go to a particular commit of a git repository

Sometimes when working on a git repository you want to go back to a specific commit (revision) to have a snapshot of your project at a specific time. To do that all you need it the SHA-1 hash of the commit which you can easily find checking the log with the command:

which will give you a compact list of all the commits and the short version of the SHA-1 hash.

Now that you know the hash of the commit you want to go to you can use one of the following 2 commands:

Tells git to replace the current state of paths with their state in the given commit. Paths can be files or directories.

If no branch is given, git assumes the HEAD commit.

If no path is given, git moves HEAD to the given commit (thereby changing the commit you're sitting and working on).

If you are on a branch (you should usually be), HEAD and this branch are moved to commit.

If you are in detached HEAD state, git reset does only move HEAD. To reset a branch, first check it out.

If you wanted to know more about the difference between git reset and git checkout I would recommend to read the official git blog.

No one mentioned git switch yet?

Or by using a symbolic reference: 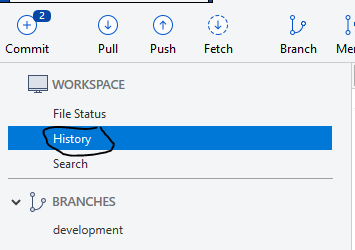 If you are looking for a command-line based solution, you can ignore my answer. I am gonna suggest you to use GitKraken. It's an extraordinary git UI client. It shows the Git tree on the homepage. You can just look at them and know what is going on with the project. Just select a specific commit, right-click on it and select the option 'Create a branch here'. It will give you a text box to enter the branch name. Enter branch name, select 'OK' and you are set. It's really very easy to use.

I used Git Gui (which comes with GIT for Windows). 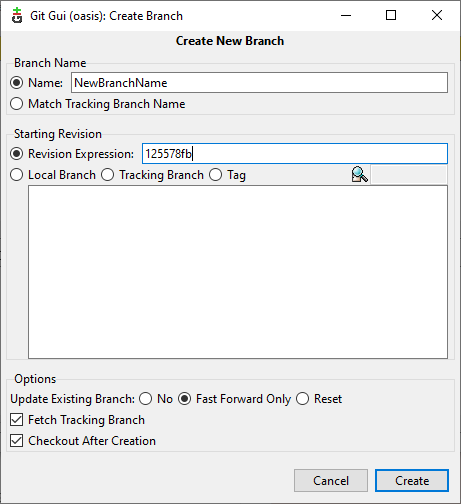 With GitHub Desktop, display the history pane and right click on the commit you want, then choose the menu item "Create branch from commit".

if you use source tree that is pretty straight forward.

710
How do I create a new Git branch from an old commit?
2
Create Branch from an Older Commit
-1
Git: restore a deleted branch. (i can find a commit within that branch with `git log -p SHA`)
0
Stop Mixing Up Branches in Git
250
What is the difference between "git branch" and "git checkout -b"?
69
Reverting to a previous commit in Git for visual studio 2012
18
Git - Create a new remote branch out of an old commit
9
Git push not working but git pull does work on remote branch
2
Github - need help on giving pull request
2
Replacing the working directory with an earlier git commit
See more linked questions